Footballer players are sometimes accused of making career decisions with the sole intention of boosting their bank accounts.

There’s a considerable amount of money flowing in the Chinese Super League, which has attracted players like Gervinho from prestigious teams in Europe. It’s likely that more footballers will follow in the summer.

The decision with respect to international representation is a little different though.

There are a number of players with African heritage who can choose which country they want to represent. Here’s a list of players born in Africa who chose to play for a European nation.

The right back was a big part of FC Porto’s success in the mid 00’s before he joined Chelsea and won a ton of trophies in London. 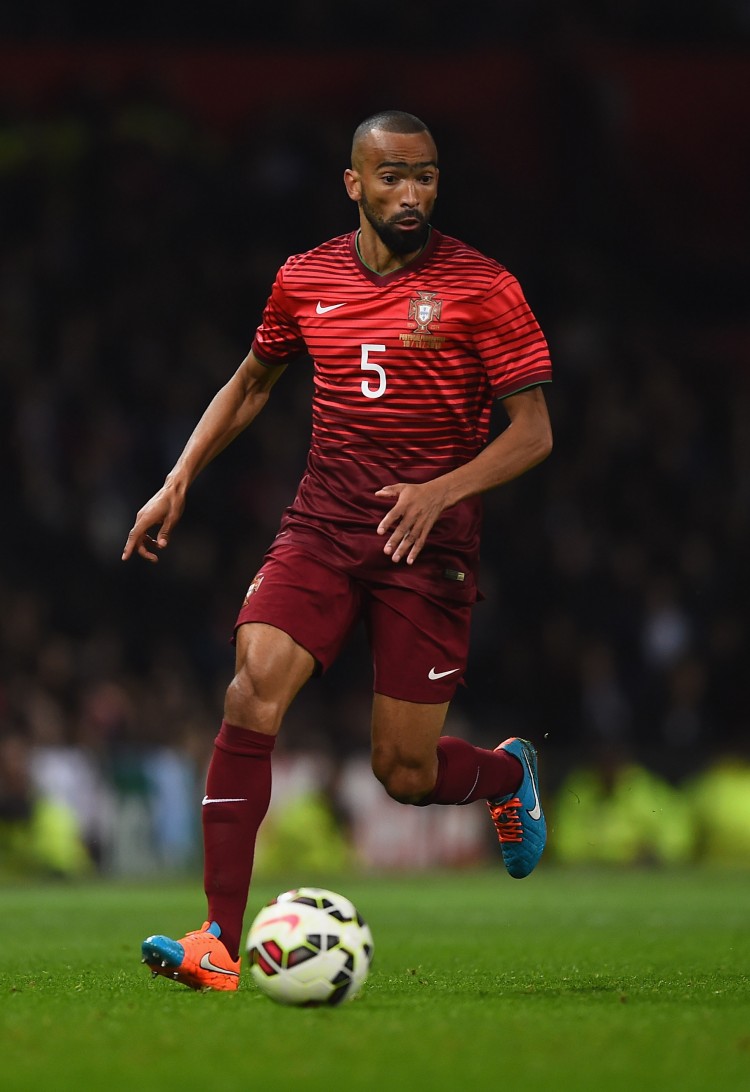 Jose Bosingwa during the International friendly match between Argentina and Portugal on November 18, 2014 © Laurence Griffiths/Getty

With his permanently furrowed monobrow, he seemed to be constantly aggrieved and was never shy about displaying his emotions. After Chelsea’s controversial defeat to Barcelona in 2009 he said ‘I don’t know whether he’s a referee or a thief.’

He isn’t the biggest of guys but he probably isn’t someone you want to mess with.

The Juventus defender was born in Senegal and his father was a diplomat. His teammates at Manchester United were shocked to hear that he had 24 siblings, but he cleared up the situation by saying ‘they are not from the same mother, I assure you!’ 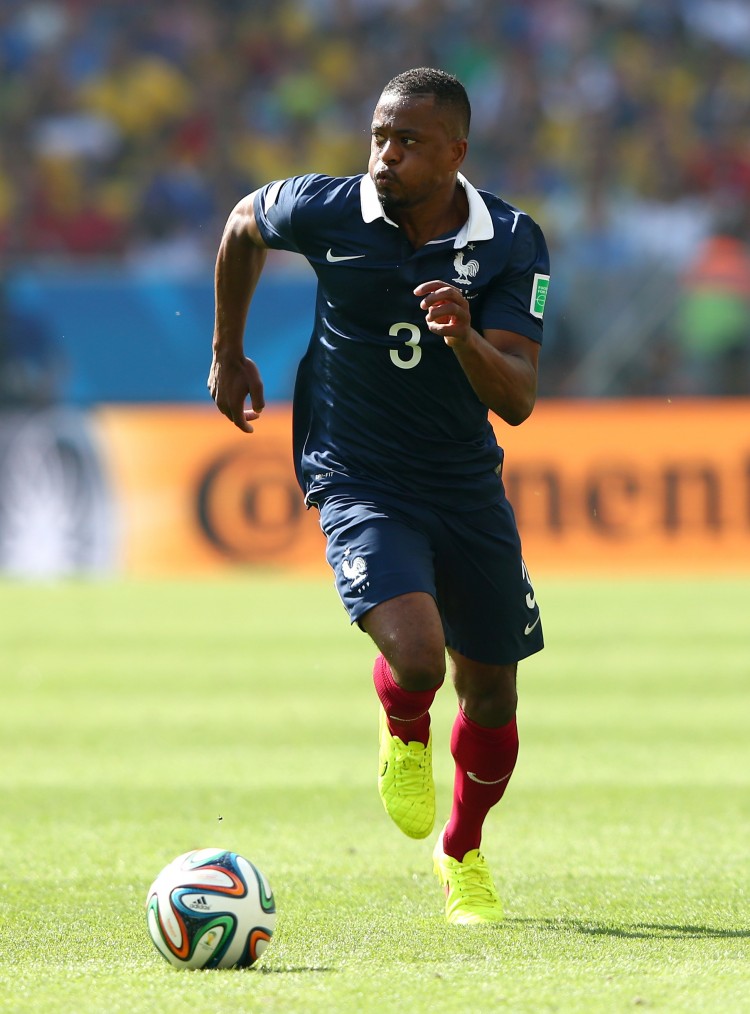 The left-back made a number of disparaging comments about the national team and his coach during the 2010 World Cup, and led a player revolt. The team refused to train during the World Cup after Nicolas Anelka was sent home for arguing with France’s coach. He was subsequently stripped of his captaincy. I’m sure at that point he probably thought life would be a lot easier if he represented the Lions of Teranga.

The legendary defender stated in his autobiography that he felt totally French and never considered playing for the country of his birth. The star moved to France when he was four years old. 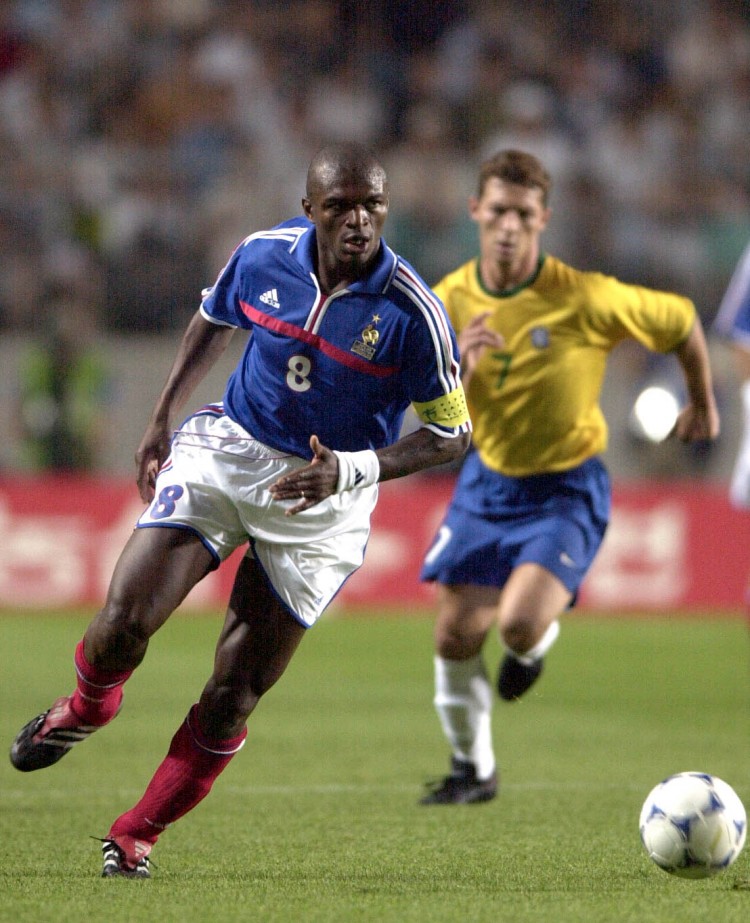 He was part of the infamous FC Nantes youth programme that had other stars including Didier Deschamps. The centre-back was about as strong as they come, and was given the nickname ‘The Rock’ after this Adidas advert… definitely before the wrestler.

No… not Ronaldo, Rolando. The centre-back moved to Portugal as a teenager from Cape Verde. 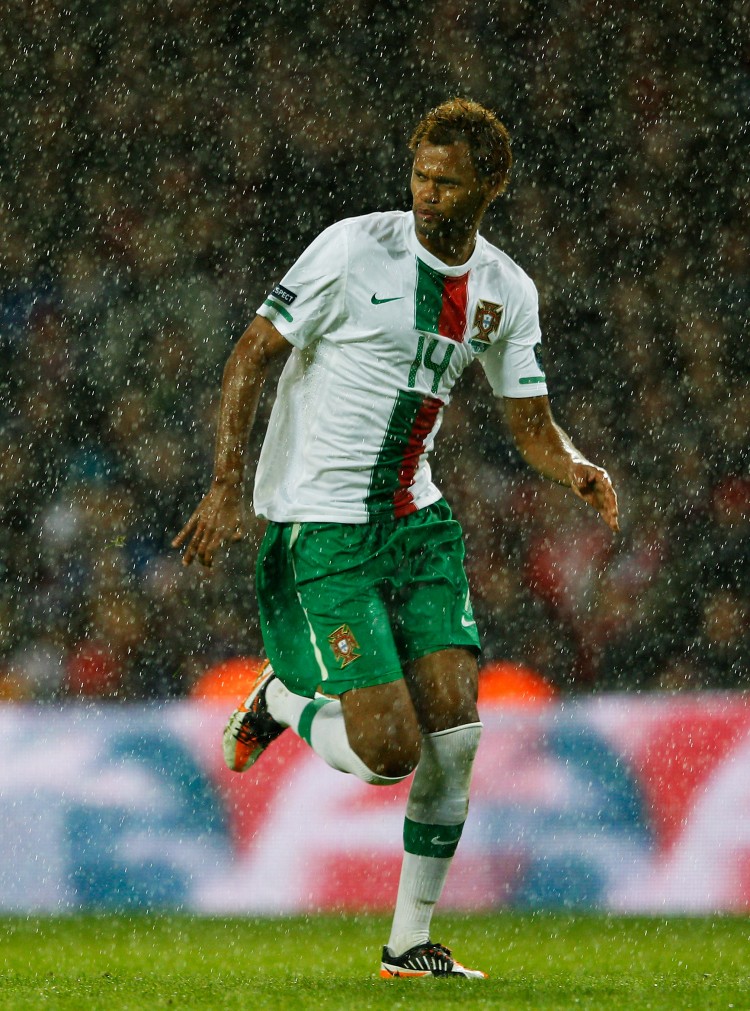 Rolando during the EURO 2012 group H-qualifier match between Denmark and Portugal at Parken Stadium on October 11, 2011 © Paul Gilham/Getty

When the defender was born, Cape Verde wasn’t even recognised by FIFA but it’s currently above teams like Poland and Sweden at no. 31. But when you have the chance to share hair products in the changing rooms with Cristiano Rolando… I mean Ronaldo – it’s not a difficult decision to choose which team to play for.

Luís Nani came to Manchester United with a slick haircut, flashy boots and even flashier tricks, hoping to be the long-term replacement for Cristiano Ronaldo. 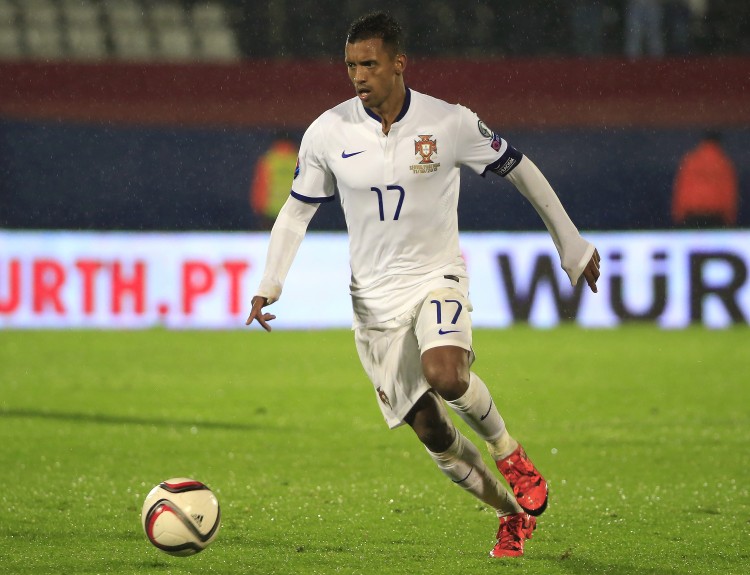 Nani of Portugal during the Euro 2016 qualifying football match between Serbia and Portugal on October 11, 2015 © Srdjan Stevanovic/Getty

He showed some moments of incredible play and won a number of trophies before moving to Fenerbahçe. He has amassed almost 100 caps for his national team and when he scores, you know he is going to celebrate like he did it for the first time.

The midfielder was considered so important for club and country that he effectively had a position named after him. 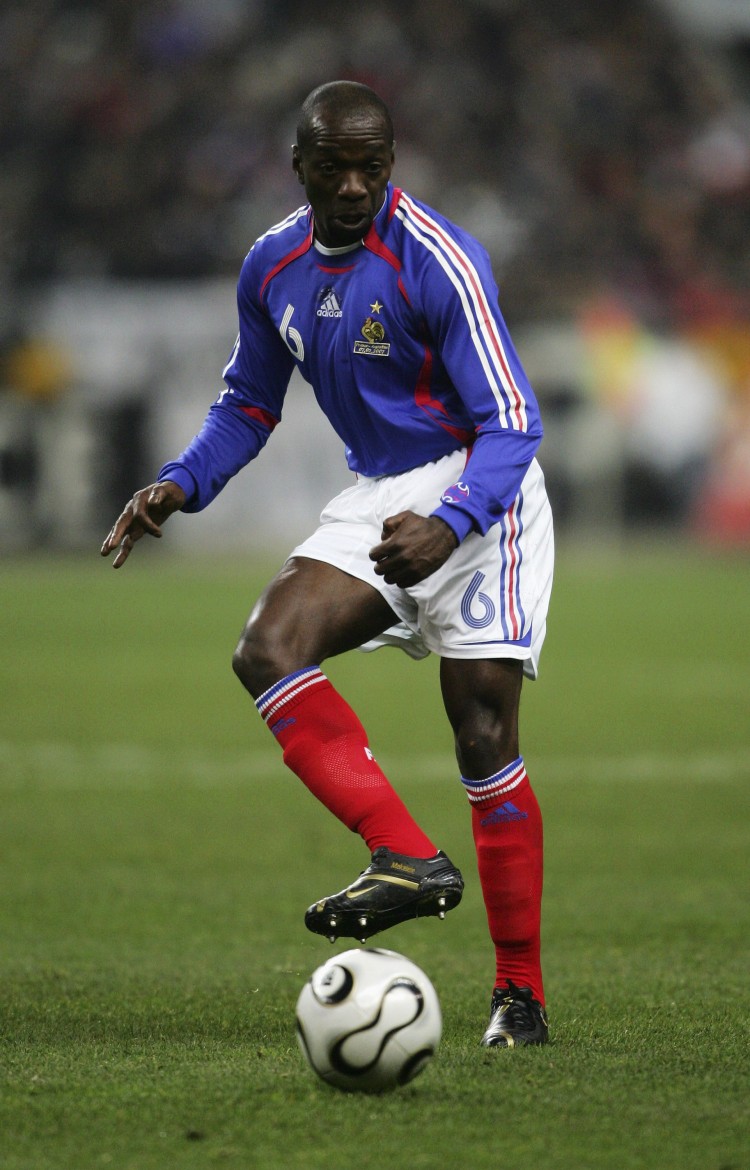 Claude Makelele in action during the international friendly match between France and Argentina at the Stade de France on February 7, 2007 © Jamie McDonald/Getty

The Real Madrid president said that ‘young players will arrive who will cause Makélélé to be forgotten’ after he was controversially sold on to Chelsea. Real Madrid struggled for a number of years afterwards, whilst he won a plethora of trophies at Chelsea. A less dignified man would probably have taken great pleasure in this, but Makélélé doesn’t seem like one for schadenfreude.

Unlike Marcel Desailly, Patrick has more of a connection with the country of his birth and has been asked on numerous occasions why he didn’t represent the West African nation. 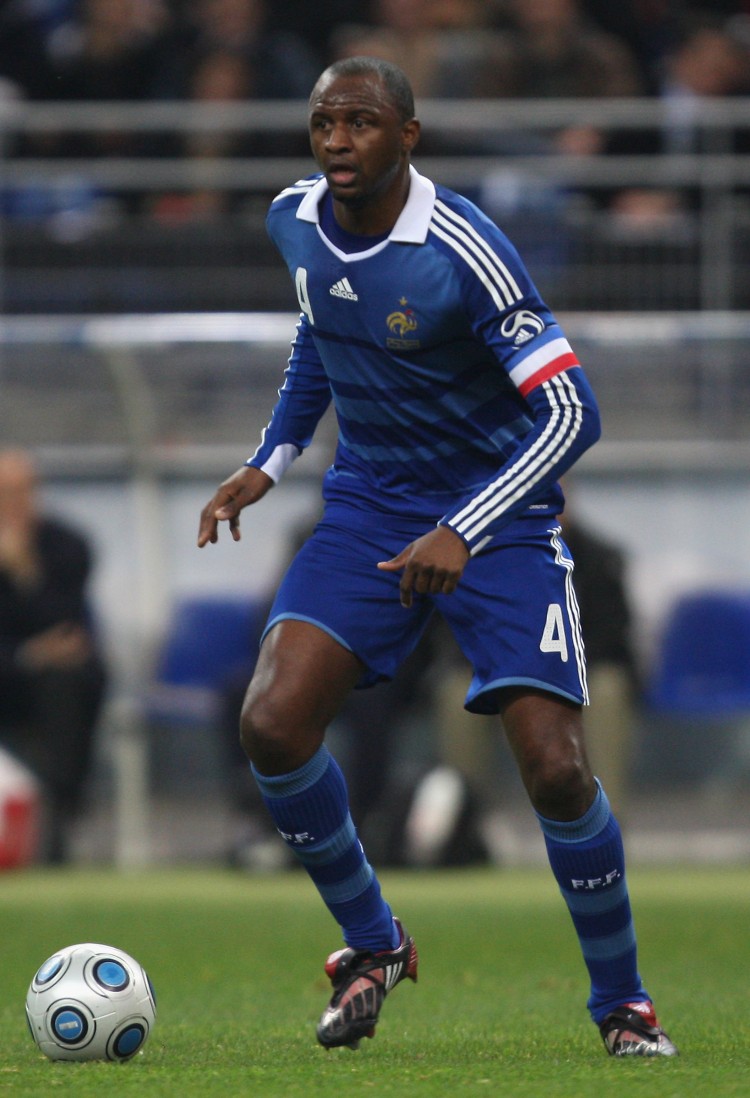 Patrick Vieira with the ball during the international friendly between France and Uruguay at the Stade de France on November 19, 2008 © Mark Thompson/Getty

He previously said that one of the reasons for his choice was the failure of the Senegal football association to recognise his talents as a youngster. He commented that he was never asked to represent the country at youth level, which is a lesson to us all. You don’t ask, you don’t get.

The Crystal Palace winger has long been considered to not have the focus to take advantage of his natural gifts, and the tabloids in England were not particularly amused by the following post.

And I doubt his teammates let it go either. The attacking midfielder was born in Côte d’Ivoire but managed to make his debut for England whilst playing for his current team.

Zaire really should do something about all the great footballers that they have lost. Benteke is just one of many. 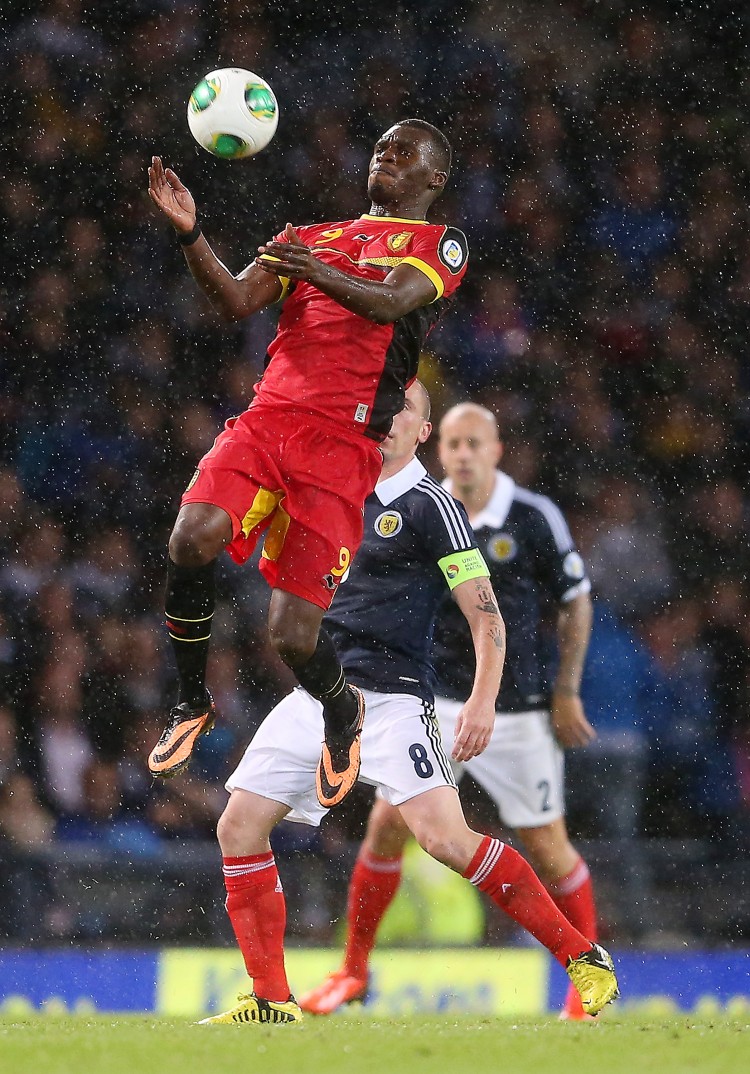 Christian Benteke in action during the FIFA 2014 World Cup Qualifying Group A match between Scotland and Belgium at Hampden Park on September 6, 2013 © Scott Heavey/Getty

The Liverpool striker has yet to make a substantial impact for Belgium, but he is still relatively young and will be looking to make a lasting impression in the Euros this summer.

The striker is also noted for his celebration, which is his interpretation of Lebron James’ ‘Silencer’.

With a surname like Asamoah, playing for a country other than Ghana seems outlandish. The striker moved to Germany in 1990 and by the end of the decade had become a key player for Schalke. 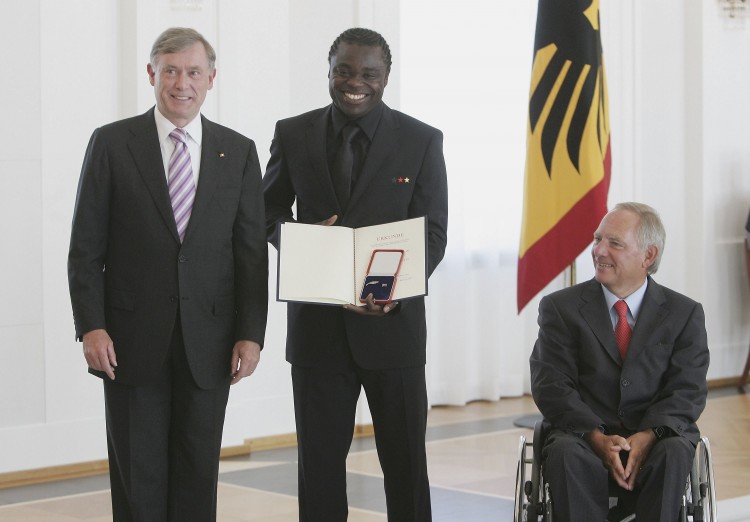 The striker became a club legend, to the point that he was called up for the German national team, making history by being the first black African to represent Deutschland. He is so revered by Schalke that he was given a considerate send-off after retiring last year.

Source From How Africa.