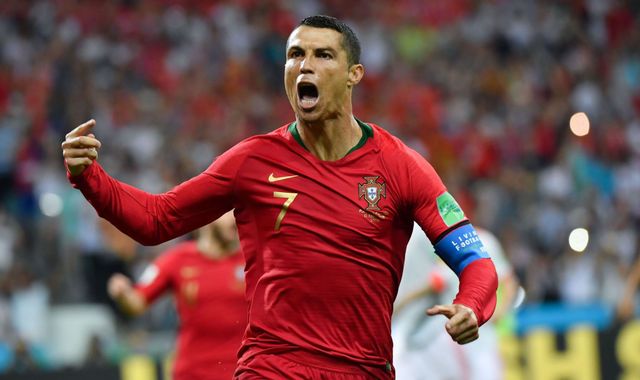 The much anticipated match of the day didn’t disappoint as five time World Player of the Year, Cristiano Ronaldo scored an early goal from the penalty spot in the 4th minute to give Portugal the lead.

Atletico Madrid striker Diego Costa equalised in the 24th minute, before Ronaldo restored Portugal’s lead in the 44th minute, thanks to a goalkeeping blunder from Span’s David De Gea.

Costa scored yet another equaliser in the 55th minute, which was quickly followed by a stunner from Nacho to give Spain the lead for the first time.

But it was Ronaldo who had the last word when he scored a spectacular free-kick in the 88th minute to tie the game and score a career 51st hattrick.

Both teams will be back in action on Wednesday June 20th as Portugal takes on Morocco while Spain will play against the current group leaders Iran.

‘It’s like a horror movie’: Mum-of-two is cut out from 27ft python after she was eaten while gardening