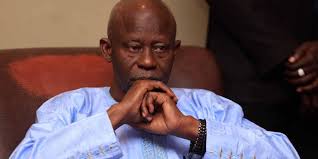 The Gambia government through the Ministry of Foreign Affairs, International Cooperation and Gambians Abroad (MoFA), has called on the United States president Donald J. Trump to withdraw his comments for declaring Jerusalem as the capital of Israel.

The Gambia’s Foreign Ministry said in a news release that they were concerned by Mr. Trump’s declaration of Jerusalem as Israel’s capital and that it’s considering moving its embassy from Tel Aviv to Jerusalem.

Mr. Trump’s recent declaration of Jerusalem as the capital of Israel has attracted international condemnation with the U.S. facing withering criticism at the UN over the issue, with Egyptian ambassador describing him as a dangerous president.

On Friday, The New York Times reports that Amr Abdellatif Aboulatta, the ambassador from Egypt to UN — one of the few Muslim-majority nations to have recognised Israel — recited a litany of Security Council resolutions aimed in part at preventing Israel from declaring sovereignty over all of Jerusalem.

The Security Council considers East Jerusalem, captured by Israel in the 1967 war, as occupied territory, and that its status should be resolved in negotiations between Israel and the Palestinians. The Palestinians want East Jerusalem to be the capital of their future state.

“This is a dangerous precedent,” the Egyptian ambassador said. “These are the resolutions of the Security Council.” He said the resolutions constitute “the law that governs the status of Jerusalem. All countries have pledged, according to the U.N. charter.

Below is the news release from the Foreign Affairs Ministry:

“The Ministry of Foreign Affairs, International Cooperation and Gambians Abroad (MoFA), has learnt with great concern declaration made by the President of the United States of America recognising Jerusalem as the Capital of Israel and that it will be moving its Embassy from Tel Aviv to Jerusalem.

May it be reminded that Israel’s sovereignty over East Jerusalem, which it seized in the 1967 war, is not recognised internationally and goes against several UN Resolutions. In the same vein, under the US – brokered Oslo accords of 1993 the City’s status was to be decided through negotiations with the Palestinians.

The Ministry of Foreign Affairs therefore calls for the withdrawal of the statement and urges for the pursuit of dialogue in order to resolve this dangerous escalation of the Arab – Israeli conflict.”