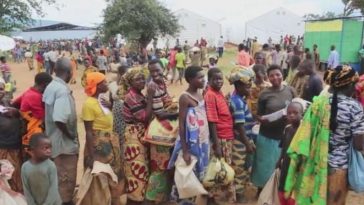 Madagascar’s economy is largely founded on their huge agricultural potential. Madagascar has performed relatively well in limiting its trade barriers so that they can protect their agricultural base. Over the years poor economic reforms and political instability have negatively affected the economy. There has been uneven growth in various sectors of the economy and this has hindered their growth. Large spread poverty and corruption has hindered growth in the private sector due to lack of enough funds for the common people to do business.

Since independence Guinea has made little progress economically. This has been attributed to poor structural reform of the economy. This has led to uneven economic development. This is evident in the private sector. This dynamic sector has stagnant growth mainly because of the very weak government institutions. Furthermore, their judicial system has bowed down to political interference and it has been poor in dealing with corruption. Guinea is rich in minerals such as bauxite, iron, diamond and gold but due to major civil strife they haven’t been able to fully tap the potential of their mining industry. Guinea’s external debt level is over $1.358 billion.

Eritrea’s economy is one of the most stagnant economies in growth. The sector has been hugely underdeveloped. The judicial system is very weak in dealing with corruption and their rulers have been poor in developing and bringing major economic reforms. This has led to major emigration since 1998 and this has affected their labour base. The public sector is still the major source of employment because the private sector has defoliated significantly. Severe drought in the region has hindered significant agricultural growth in the country. Poor economic laws such as state ownership of land only will continue to distort the economy.

Mozambique has made major reforms so as to improve its current economic status but huge unsustainable public debt and rampant inflation have hindered these reforms. In 2016 they had the slowest economic growth since their independence. They are currently unable to pay external debts under the agreed timelines. But economist project that in the coming years their situation will improve because of better prices and a greater demand for gas and coal products. The private sector has gained huge progress since independence and better government reforms will see an increase in Foreign Direct Investments.

Niger is a best case example of countries that are mineral – rich but have poor economic growth. Niger has vast reservoirs of uranium and oil but unstable global prices have severely crippled the economy. Lack of a diverse economy has hindered Niger’s growth. A poor judicial system and poor reforms have led to widespread corruption. Poor economic policies and institutions have failed to provide an adequate base to nurture a broad-based private sector. Niger also faces a poorly developed labor market which is mostly concentrated in the informal sector.

Burundi is overly dependent on agriculture. Over 80%of the population gets jobs from this sector. Unfortunately, agriculture in Burundi is fluctuating and is very unpredictable. This has hindered the private sector from generating enough jobs and employment opportunities. Political instability has also rocked the nation with the current president refusing to step down. This has discouraged business in the country as most people are fleeing the country. Wide spread corruption has also destroyed the countries hopes of achieving significant economic growth. With poor governance, no notable growth will be achieved in the future years to come.

Liberia’s economy is largely under developed. With futuristic leaders at the helm of the country Liberia is on the path to economic growth. With the dismantling of trade barriers and simplified business licensing they have achieved a growth rate of over 5% for the past five years. The country made huge changes in the education sector so as to have better-skilled laborers. With all these reforms underway Liberia cannot deal with short-term crises. Huge corruption scandals and bad debt have crippled Liberia for years. This has made Liberia one of the poorest countries in the world.

Malawi has embarked on major reforms to decentralize the economy. The government has embarked on policies that will ensure significant private sector growth and also more Foreign Direct Investment. Lingering state interference may affect long-term development. Standards of living in Malawi are relatively low as well as lack of services like education, infrastructure and the general standard of health. Persistent corruption and poor judicial services may prove to be a major hindrance to their growth. Furthermore, the huge tax burden has sometimes scared away investors. In the coming years Malawi might see huge development achievements if they can fully implement their reforms.

This has been the country that has been severely hit by civil wars and unrest. Since independence DRC has not had political stability. Their former rulers exploited the national coffers and made a way with huge sums of money. Even though DRC is minerally rich civil wars have prevented any significant exploration. Due to its large ethnicity with over 80 different ethnic groups it has been difficult uniting them. Poor economic reforms have continued to undermine DRC’s economic potential. Its large external debt and high inflation rates have significantly hindered its growth.

Political violence for the last 3 years in the Central African Republic has shattered their already volatile economy. The government has been unable to manage the economy as well as inflation prices. An unstructured regulatory system has hindered access to much-needed finances so as to build a strong private sector. The CAR is mostly dependent on agriculture and diamond mining but political instability has prevented growth in these sectors. Huge taxes both personal and corporate tax has shied off Foreign Direct Investment and has contributed to slow economic growth.

These Are The 21 Most Corrupt Countries In Africa; 2018 Ranking

Gambian Man Reportedly Deported for Lack of Right Papers After Spending 20 Years in the US.