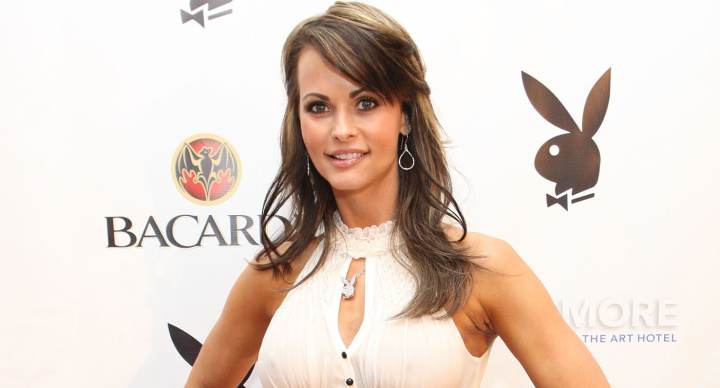 Karen McDougal, the former Playboy model who said she had an affair with Donald Trump just over a decade ago, told CNN Thursday that at the time she was in love with Trump and Trump was in love with her.

“He always told me he loved me,” she told Anderson Cooper.

McDougal said she met Trump during an event at the Playboy Mansion. “He said hello and then throughout the night it was clear there was an attraction from him to me,” she said.

McDougal said that Trump had given her her number and the two met soon after for a date at the Beverly Hills Hotel in June of that year, where they became intimate.

In one of the more salacious moments, McDougal said that Trump once tried to offer her money after they had been intimate, a snippet CNN released earlier in the day to tease its exclusive.

“After we had been intimate, he tried to pay me, and I actually didn’t know how to take that,”

Cooper asked if Trump tried to hand her money, to which Mcdougall answered: “He did.”

“I don’t even know how to describe the look on my face,” she said. “It must have been so sad.”

McDougal said that during their relationship Trump once compared her to his daughter, Ivanka.

“He’s very proud of Ivanka, as he should be,” she said. “He said I was beautiful like her.”

Asked if she found it strange that Trump compared someone he was sleeping with to his daughter, McDougal said no — sort of. “You know, I know a lot of people think it’s odd,” she told Cooper. “There’s been some comments I’ve heard in the news he’s said about her, I think those comments are wrong, but do I think it’s strange that a father would love his daughter so much that he brags about her? No, I brag about my dog that much.”

Asked what she would say to Trump’s wife Melania — who had just given birth to their son Barron when the alleged affair happened — McDougal said: “What can you say except I’m sorry. I’m sorry. I wouldn’t want it done to me. I’m sorry.”

McDougal said she was extremely uncomfortable when, during a visit to his apartment, he showed her Melania’s room. She said she later met the future first lady during a party for “The Apprentice.”

Cooper held up a photograph showing Melania Trump, Ivanka and several other women, including McDougal.

“I tried to keep my distance,” McDougal said of the photograph. “I felt guilty.”

“Do you think she knew?” Cooper asked.

“Maybe,” she said. “I don’t know. It was told to me that they were arguing that night and I said, ‘Why?’ and somebody had said: ‘Probably because of you.'”

McDougal said she eventually ended the relationship after 10 months because she was ridden with guilt and “needed to get out it.”

“It was tearing her apart,” she said.

Thursday’s interview with CNN was the first time McDougal has spoken out about her relationship with the president since filing a lawsuit Tuesday to get out of her 2016 non-disclosure agreement. McDougal is the second woman in two weeks to accuse the president or his allies of trying to bury news about a Trump extramarital affair.

McDougal is suing American Media Inc., The National Enquirer’s parent company, which, according to the Wall Street Journal, paid her $150,000 to buy her story — but never ran it. The Enquirer’s chief executive, David Pecker, is a friend of Trump’s.

Trump has repeatedly denied both affairs.

In her lawsuit, filed in Los Angeles Superior Court, McDougal claims that Michael Cohen, the president’s personal lawyer, was in talks with American Media behind her back and that both AMI and her lawyer at the time misled her about the deal.

Speaking to The New Yorker last month, McDougal said that A.M.I. “warned” that her breach of the non-disclosure agreement could result in “considerable monetary damages.”

McDougal’s lawyer, Peter K. Stris, told the Times, A.M.I. was engaging in “a multifaceted effort to silence” his client.

McDougal filed her suit just as Clifford is about to make her “60 Minutes” debut, also conducted by Cooper, on Sunday.

Trump’s team is seeking $20 million from Clifford, arguing she violated her non-disclosure.

The Wall Street Journal has reported that A.M.I., one of the country’s largest tabloid news providers, is known to buy damaging stories about allies for the sole purpose of burying them, a practice known as “catch and kill.”

Watch Part 1 of the interview above and Part 2 below.