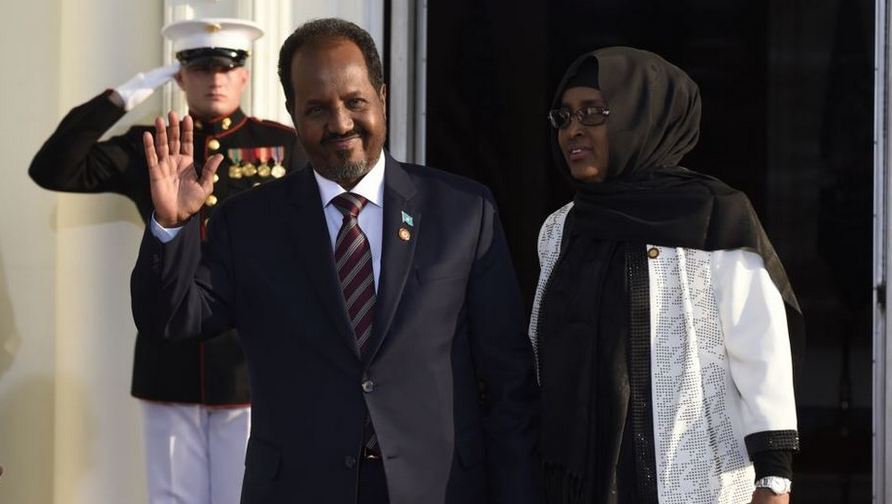 Former Somali President Hassan Sheikh Mohamud is the first high profile victim of US President Donald Trump’s travel ban as he has reportedly been denied a visa to the country.

The former head of state was scheduled to deliver a lecture titled ‘Somalia the Crossroads: Opportunities and Challenges post-civil war’ organized by World Council Affairs of Maine (WCM) on Tuesday March 27. 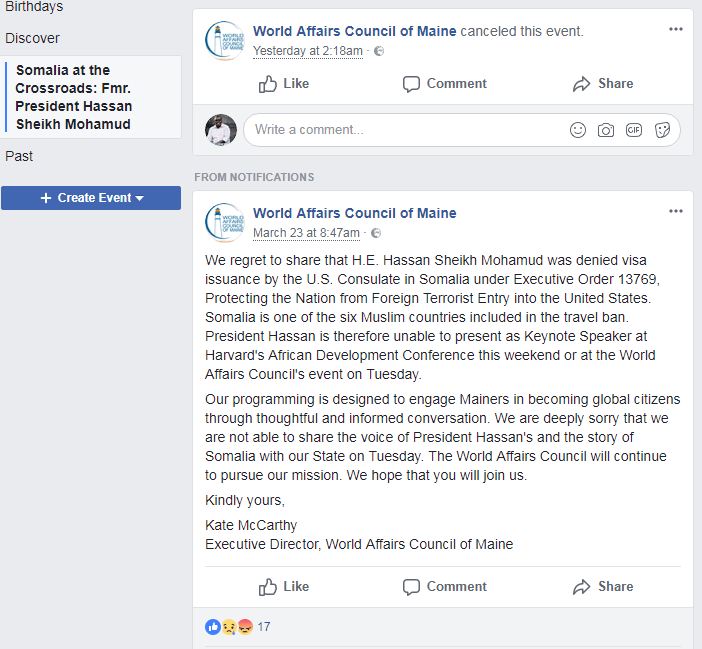 Somalia is among the three countries whose citizens are banned from travelling to the US.

According to a statement on the WCM Facebook page, Mohamud was denied visa under Executive Order 13769 protecting the nation from foreign terrorist entry into the United States’.

‘‘We regret to share that H.E. Hassan Sheikh Mohamud was denied visa issuance by the U.S. Consulate in Somalia under Executive Order 13769, Protecting the Nation from Foreign Terrorist Entry into the United States.”

The former president who served as head of state from 2012 to 2017 visited the US several times while still head of state including visits to the U.N General Assembly in New York and the White House.

The current president Mohamed Abdullahi Farmajo who holds dual U.S. and Somali citizenship has pledged to work towards lifting the travel ban.

This is Mohamud’s second time to be denied a visa by a foreign country.

In February 2018, he had to cancel a similar invitation to address a lecture in Sweden after the country’s Embassy in Ankara Turket declined to stamp visa on his passport.

The Somali Passport is not recognized by most Scandinavian countries following the fall of the country’s central government in 1991.

Mohamud has not yet commented on the reported denial of visa. He instead posted on the simmering tensions along the Somali Kenya border where the latter is building a wall in the Balad Hawo town.

Liberia – the country where citizenship depends on your skin colour