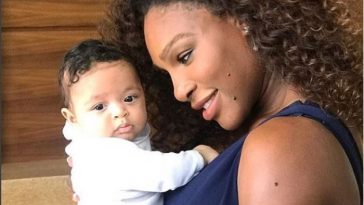 Serena Williams is back on the tennis court after welcoming daughter Alexis Olympia in September  but learning that she was pregnant caused her to worry about her athletic career.

The 36-year-old tennis star shared a trailer on Instagram Monday of the upcoming HBO documentary series Being Serena, which follows her throughout the pregnancy and first months as a new mom.

“When I realized that I was pregnant, I was like, ‘Oh my God. How am I going to play?’” Williams is heard saying the clip.

Despite the immense changes in her life, including welcoming the baby and marrying Reddit co-founder Alexis Ohanian in November 2017, the 23-time Grand Slam champion makes it clear that she’s not done with the sport.

“I don’t know if there’s anything left for me in tennis,” she says. “But I’m not done yet.”

Williams captioned the new trailer, “I can’t wait to share what I have been through the past year with you all. My whole life has completely changed.”