Late former South African President Nelson Mandela may be no more, but his legacy still lives on. The first black president of South Africa has had a gold cast of his hands sold for a whopping $10 (£7m) in bitcoin. 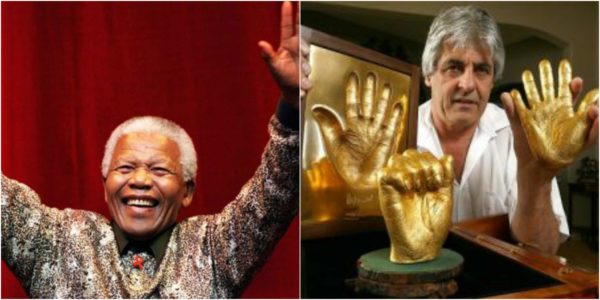 The firm said it planned to launch a global “Golden Hands of Nelson Mandela” tour to educate young people about the anti-apartheid icon’s life.
This is the first time artefacts of Mr Mandela have been sold in bitcoin.
Mr Mandela was jailed for 27 years for fighting white minority rule in South Africa.
He was released in 1990, and served as president from 1994 to 1999. Mr Mandela died in 2013 at the age of 95. He had turned into a global brand, with businessmen and artists cashing in on his name.

Mr Duncan, who now lives in Canada, bought the casts from mining group Harmony Gold in 2002 for about $31,000.
Half of the money paid to Harmony Gold was meant to go to charity, but it remains unclear as to whether that happened, Bloomberg news agency reports.
Harmony said it had “supplied Mr Duncan with the necessary paperwork verifying the provenance as requested by his attorneys,” but declined to comment on what happened to the donation, Bloomberg reports. 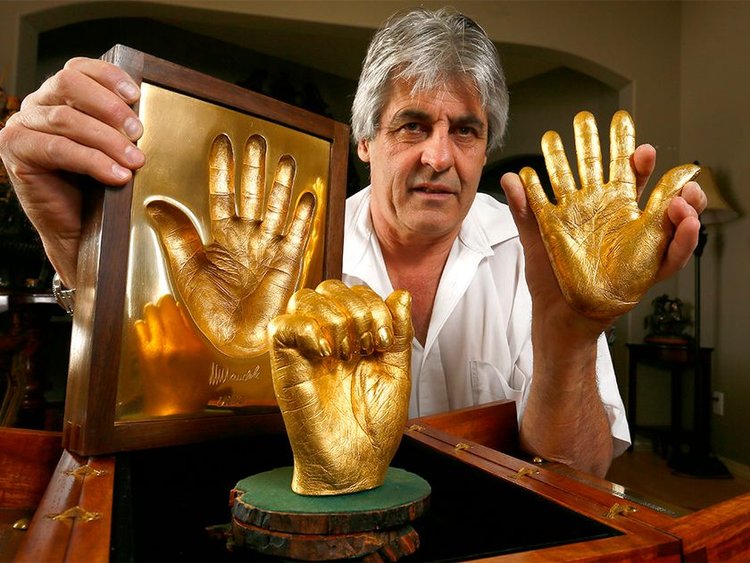 The casts, which weigh around 20lb (9kg), include Mr Mandela’s hand, palm and fist. They are part of a collection meant to mark the years the former president spent in prison on Robben Island.

The artefacts are believed to be the only ones left in the world.
The other sets of the collection were ordered to be destroyed by Mr Mandela, Mr Duncan told Bloomberg.
It was part of the former president’s attempt to control his copyright after a number of scandals, including forgery allegations, arose around the sale of art bearing his image and name.
Arbitrade has paid Mr Duncan a bitcoin deposit that has been converted to $50,000, and the rest is expected to be paid in quarterly installments of at least $2m, Bloomberg reports.