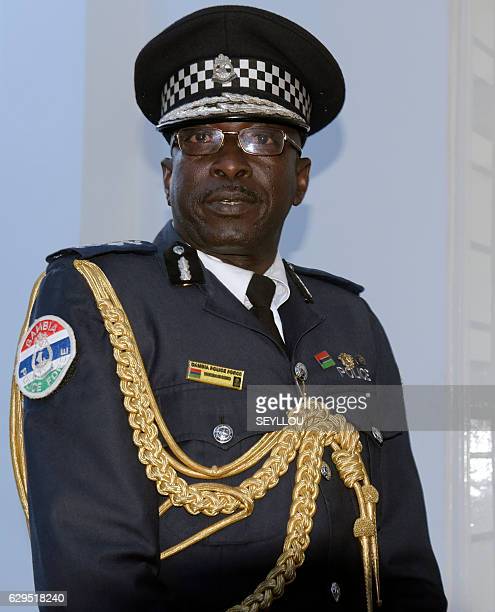 The longest serving IGP of the Gambia Police Force for the past 22 years, was yesterday appointed as the new Adviser to the Interior minister. His appointment came at a time when the country is faced with insecurity. Theft, robbery and murder cases have become the order of the day despite the security reforms under the new government.
Yankuba Sonko is the immediate-past IGP of the Gambia Police Force. He has served as IGP under former President Yahya Jammeh from March 2010 until late 2014. He was replaced by Ben Wilson but later bounced back from 13th July 2015 and served until June 22nd, 2017, when he was replaced by IGP Landing Kinteh.
Following his replacement, the new government had earlier announced that Yankuba Sonko was redeployed to the Foreign Service.

Career
Yankuba Sonko joined the Gambia Police Force in 1982 and was promoted to the rank of Corporal in 1984, and to Cadet Officer in 1988. He studied at the Nigerian Police Training School in 1990 and upon his return in 1991, he helped to found the Police Intervention Unit (PIU) and was posted to Barra Police Station in the North Bank Region. He was appointed as the Gambia Police Force’s first Public Relations Officer (PRO) in 1993 and was posted to Kanifing Division as second-in-command in 1994. In 1995, he became the officer commanding Kanifing Division.
In 1998, Sonko became the Officer Commanding Fraud Squad Unit, and the following year he was appointed as Crime Management Coordinator (CMC) at the rank of Assistant Superintendent of Police (ASP). In 1999, he was also deployed on a United Nations Mission in East Timor, where he was Regional Commander of one of the Mission’s 13 Regions. He returned in 2000 and became the Commanding Officer of the PIU.
In 2001, he was reassigned as Officer Commanding Kanifing Division. In 2002, he left The Gambia to study law in the UK and returned in 2007. He was posted as the acting Commissioner of the PIU, and then became Officer Commanding in the Prosecution Unit of the GPF. In 2008, he was appointed as the Crime Management Coordinator again.
On 18th December 2009, Yankuba Sonko was promoted to Deputy Inspector General of Police. He served as Inspector General of Police from March 2010 to 2014. He was replaced by Benjamin Wilson but was reinstated, in turn, to replace Ben Wilson on 13th July 2015.