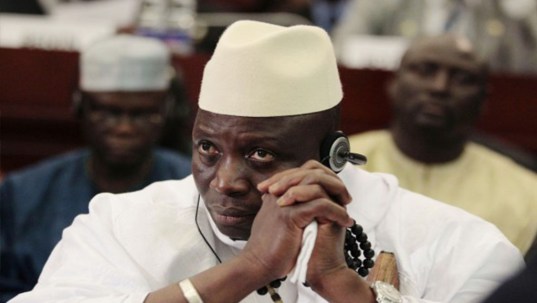 A former Justice Minister under former President, Hawa Sisay-Sabally has claimed that she was misled by Jammeh on the crude oil lifting agreement between The Gambia and the Federal Republic of Nigeria.
She further stated that the former President had said there was no agreement between the Gambia and Nigeria when she informed her about a summon on the matter from the UK.

Mrs Sabally, who was Justice Minister at the time, 1997-98, revealed this before the Janneh Commission yesterday when she was asked to explain the legal suit filed against the government of The Gambia in the UK for breaching the said contract.
Mrs Sabally, who is now a private legal practitioner, further said her ministry received the summon from the UK through a diplomatic channel but would not know how the case ended because she was later fired as minister.

However she recalled that prior to her dismissal she drew the attention of the authorities on the urgency of the matter.
“I was misled by Jammeh when he said he did not know anything about the crude oil lifting agreement between The Gambia and Nigeria,” Mrs Sabally told the Inquiry while reading from a document indicating the government’s denial of the agreement.
A folder containing fifteen documents and other relevant information produced by Mrs Sabally was admitted into evidence as exhibits.

Background
The government of The Gambia in 1997 signed a crude oil lifting agreement with the government of Nigeria as the country at the time was starved of foreign aid after a military coup spearheaded by Jammeh and four others.

Former President Jammeh then gave a power of attorney to the then trade minister, Dominic Mendy to sign the agreement on behalf of The Gambia government, an agreement that according to Mr Mendy, still remained a mystery. Initial findings by the Commission suggested the Gambia has not benefited from a single butut even though it I believed that some 200,000 metric tons of crude oil have been lifted under the agreement.
Sittings continue next week.