Norwegians were facing their most festive and important day of the year on Thursday without any photos, videos, interviews or documentation by state broadcaster NRK. It’s a huge loss of festive and traditional all-day coverage for the record books, but a proposal to grant NRK dispensation from the strike by 1,700 journalists has received little if any support. 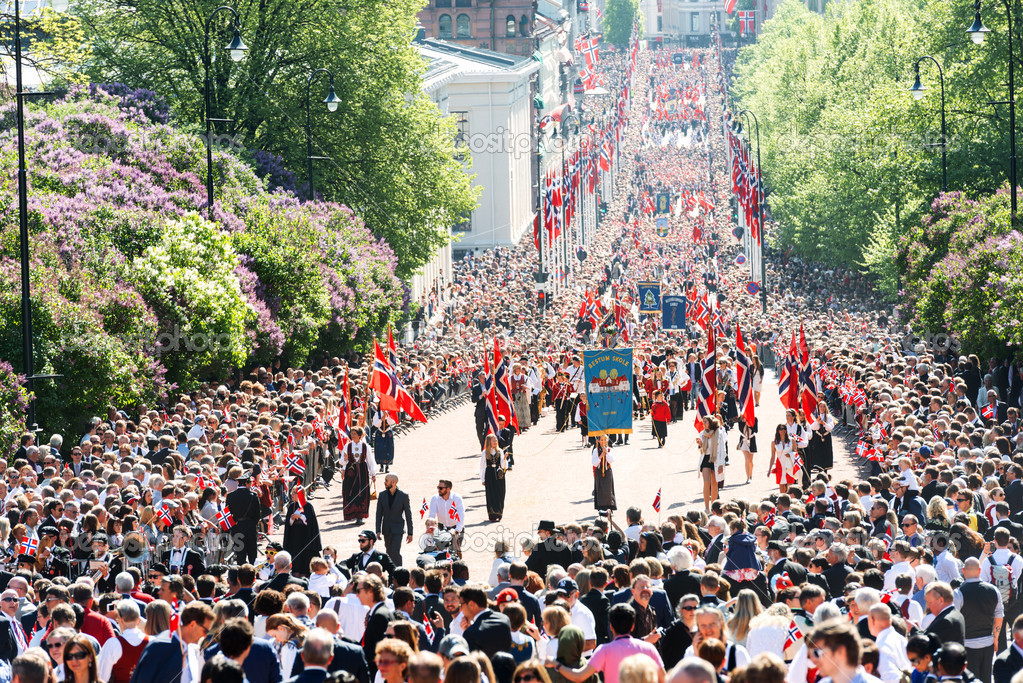 NRK has always covered 17th of May events, like the annual parade here in Oslo, from early morning to late in the day, and from all parts of the country. The traditional coverage was facing cancellation this year because of a strike by NRK’s 1,700 journalists who are tired of earning much less than colleagues in the private sector. PHOTO: newsinenglish.no

Center Party leader Trygve Slagsvold Vedum didn’t even get support from one of his own deputy leaders, Anne Beate Tvinnerheim. She wrote in a social media exchange with newspaper Klassekampen that she agreed NRK’s traditional and massive coverage of 17th of May parades and other events nationwide is “an important institution” that always seems to bind the nation together. That still wouldn’t justify undermining the right to strike, Tvinnerheim stated.

In a text message to newspaper VG on Wednesday, Tvinnereim added that she simply doesn’t think the proposal from Vedum and a Member of Parliament for the Center Party, Sandra Borch, was a good one.

Nor do members of the Labour Party. VG reported how the Center Party’s proposal to “give NRK a break” from the strike launched at 1pm on Monday has split the opposition in Parliament. The protectionist Center Party is often allied with Labour and the Socialist Left party in Parliament, and the three even shared government power in the former left-center government. Top Labour Party politicians now say they’re shocked the Center Party would even consider meddling in a strike situation.

“We have certain rights in Norway and one of them is that workers shall be able to demand decent pay,” wrote Mani Hussaini, leader of Labour’s youth group AUF, on his Facebook page. “A strike is one of the legal tools workers have. It’s very frightening that the Center Party … is spitting on organized labour and workers.”

The AUF leader said he hoped the two sides in the NRK conflict could come to terms “and that we’ll get the normal broadcasting on our national day. And I hope the Center Party … will go back to school and learn a bit more about the Norwegian model!”

Labour Party leader Jonas Gahr Støre followed up Hussaini’s statements, albeit in more diplomatic language, telling VG that he hoped NRK and its journalists would settle their differences before 17th of May events begin early Thursday morning. That can be as early as 6am in some places like Haugesund on the West Coast, with wreath layings on the graves of fallen heroes.

Støre noted that many Norwegians traditionally watch NRK’s extensive 17th of of May coverage “with great joy, but it’s an important Norwegian tradition to respect the roles played in labour negotiations. Strikes are legal and a fine part of the Norwegian democracy we’re actually celebrating on the 17th of May.”