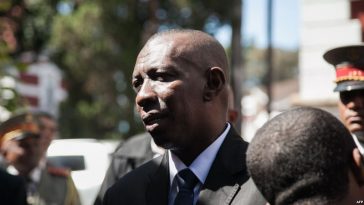 Madagascar’s Prime Minister Olivier Mahafaly announced his resignation Monday morning after the decision of the High Constitutional Court last week which asked him to resign in seven days.

The High Constitutional Court ordered Rajaonarimampianina to dissolve his government and appoint a new prime minister with the support of all political parties.

“I unconditionally accept this decision because I do not want to block a solution. I hand in my resignation without constraint or regret,” Mahafaly told reporters at his office.

Presidential elections are due this year.

Madagascar is one of the world’s poorest countries, despite reserves of nickel, cobalt, gold, uranium and other minerals. A 2009 coup scared off foreign investors.