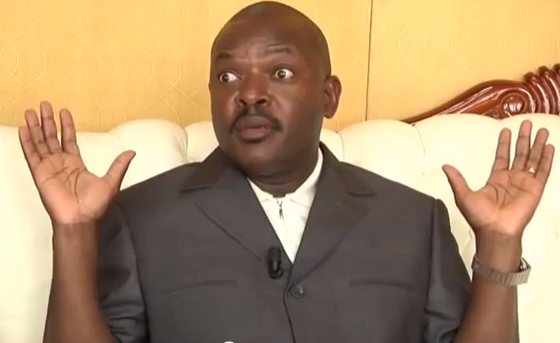 Burundi’s president has announced he will not run for another term, even as he puts in place a new constitution that would allow him to stay in power until 2034.

President Pierre Nkurunziza on Thursday told supporters that “I will support the new president who will be elected in 2020,” adding that “a man can change his position in the bed but he cannot change his word.”

Burundians in a referendum last month approved changes to the constitution, promoted by Nkurunziza, which extended the length of the president’s term.

Opposition activists called it an effort to cling to power and alleged intimidation and harassment of people who didn’t support the amendments.