Donald Trump is still talking about him. Indeed, a photo of him, taken at the G7 summit became very viral on social networks. In the photo, we see him sitting, facing the other leaders of the G7, all standing.
The photo was taken Saturday in Quebec and shows the American president sitting on a chair, arms folded and looks skeptical. As if to plead a case, the other leaders bowed to him.

The photo is by Jesco Denzel, who has already received a World Press Photo award. The image, which makes believe that Trump and the rest of the group of the G7 are not on the same wavelength, about what?

We can not tell you. However, Internet users have been trying out interpretation exercises going in all directions, in order to make fun of the American president.“Just tell us what Vladimir has on you. Maybe we can help.” 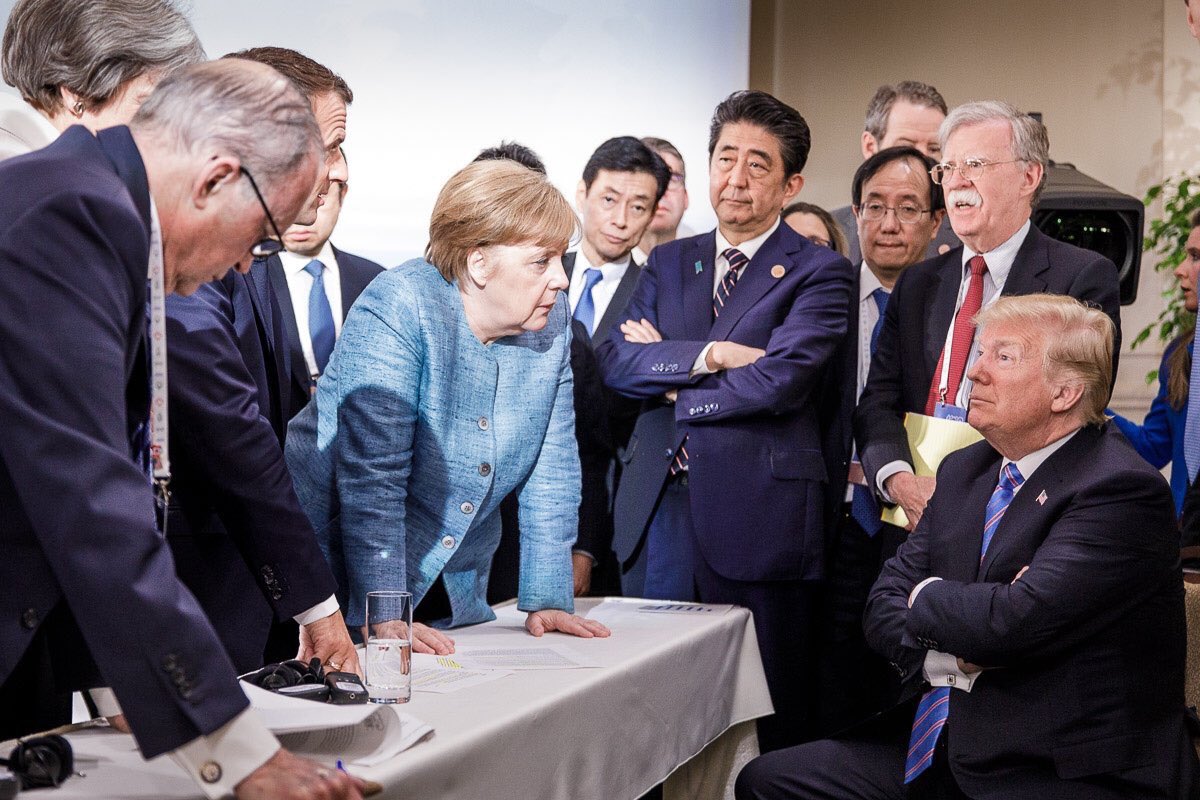 “Just tell us what Vladimir has on you. Maybe we can help you, “writes Belgian MEP Guy Verhofstadt.