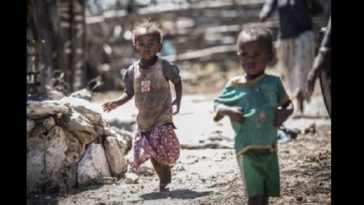 In Africa, a child is 20 times more likely to die before the age of 5 than in the United States, according to statistics from the international NGO Save the Children

Sub-Saharan Africa is at the top of the list of dangerous places to be a child.

Save the Children has ranked 172 countries according to where childhood is most protected.

Using data from governments and the United Nations, researchers looked at indicators such as under-5 mortality, malnutrition, school access, child labor, early marriage, displacement and homicides.

European countries such as Norway, Slovenia and Finland top the list, while Niger, Angola and Mali come in last place.

In the list of dangerous places to be a child, 7 countries were from West and Central Africa.

Children in these countries are the least likely to experience full childhood, a time that should be devoted to emotional, social and physical development, as well as gambling, “the report says.

The highest rates of infant mortality are recorded in African countries such as Angola, Chad, Mali, Nigeria, Sierra Leone, Somalia and the Central African Republic, where more than 10% of children die before they die. fifth birthday.

This rate is 40 times higher than that of Finland or Japan. African countries also have the highest rates of child labor and child marriage.

Culled from how Africa.