After the authorization of the ICC judges to Gbagbo and Blé Goudé’s lawyers to plead the acquittal, the hearing was scheduled for 10 September. it has just been postponed to 01 October. The International Criminal Court (ICC) will hear arguments on the acquittal of the former Ivorian president and the former minister.

The judge in charge of the case Cuno Tarfusser said Friday, June 22, that “The hearing must begin on October 1, 2018 and extend as needed”.

The original date of the hearing was set for June 4 to allow the parties to support or ” supplement their written submissions ” and ” answer questions from the House  ” on the defense motion.

Laurent Gbagbo and Blé Goudé have been tried by the ICC since January 2016 for crimes against humanity. The defense lawyers have asked for a stay of the trial for ” insufficient evidence and the acquittal of their clients “. 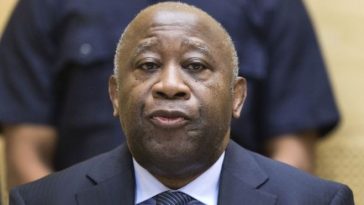 The Chamber therefore ”  ordered the defense of Mr. Gbagbo and Blé Goudé to file by July 20, their submissions on matters for which, in their opinion, the evidence presented is not sufficient to support a conviction  “.

The chamber also invited the prosecutor and the legal representative of the victims, to submit ” later on 27 August, their respective responses  ” on this request. However, the Prosecutor has requested an extension of the deadline for his reply because, according to him, the deadline of 27 August includes the three weeks  of summer holidays and his members were encouraged to take their annual leave . The Court therefore extended the deadline for the prosecutor’s response to defense arguments until September 10th.