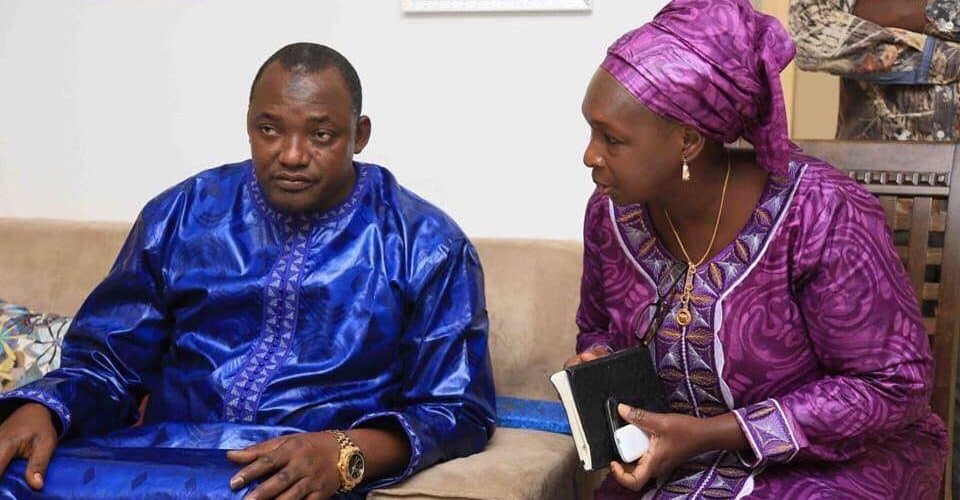 The Office of the President has announced the appointment of a new board chairman for the Social Security and Housing Finance Corporation to deal with the conflict between the institution’s management and the staff.
Muhammed Manjang, the managing director and his staff have been at loggerheads for weeks now. The staff of the institution walked to State House on Tuesday protesting against the management.
Yesterday, the director of press at State House Amie Bojang Sissoho said a solution is now in sight.

“I have been informed that already chair to the board of directors has been appointed… So this is going to give both sides an opportunity to present their case to the chairman of the board of directors and whatever comes out of it, then they will inform the president about it,” Amie Bojang said.
She told journalists that SSHFC wrote a petition to the Office of the President but at the time the president and the secretary general, Habib Drammeh were in Brussels.
But Bojang said the presidency could not act on a one-sided story.

“Thus, an opportunity was given to Manjang to also tell his side of the story and the deadline for that letter to come from him was on Monday.“However, Manjang’s letter got to the presidency late that day and nothing could have been done about it,” she added.
Bojang said the appointment of a board chairman whose identity is only known as Mr Jallow should solve the problem.

On the SSHFC protest and march to State House, Madam Bojang said: “It is important to clarify that the issue was not ignored by the office of the president; rather there were consultations going on. All parties involved have to present their case before any decision will be taken.”
“But unlawful protest is not acceptable. The team from SSHFC was accepted because there was not enough information about their coming. Despite the fact that we have the right to protest we cannot."