Will Smith and Jada Pinkett Smith are still very close to marriage. In an interview with the Rap Radarpodcast on the Tidal platform, the American actor was asked about his 20th wedding anniversary. And he made an amazing confession about the way so he sees his marriage …

”  We do not even say that we are married anymore ,” he admits. We refer to each other as life partners, it is when you realize that you are literally with someone for the rest of your life. There is no bag-and-ball market. There is nothing she can do for. Nothing that could break our relationship. She has my support until death and it’s so good to be.  “ 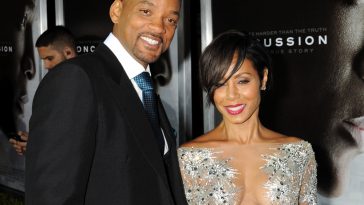 “Here’s the thing about Will and me – [we] are a family. It never breaks, “she told Sway in the Morning in June. ”  Already. We are a family. Remove all that marriage / relationship shit, in the end, Will and I are a family. I’m going to remember it, whatever … All this relationship and what people think about the ideas of a husband, partner and all that, man, whatever. In the end, it’s a man who can count on me for the rest of his life, period. ”

This intervention comes after several years of rumors. Indeed, the couple is the subject of rumors of divorce that often push them to break the silence to confirm that everything is fine in their homes.

Yet Will has already admitted that their marriage was not always easy.

“I did so much marital counseling ,” he told The Sun in 2016. “What happens in a marriage once you’re counseling, the truth comes out. And you sit in front of your wife and you say all your truth and she also says all her truth. You look at yourself face to face and you can not imagine that you could always love you again now that the truth is known. “

He added, “It creates a dark moment. But for me, it’s darkness before dawn. When the truth comes out and people have to say who they are and what they think, you learn who they are. I think it’s the cleansing before you get to the other side that is understanding and moving forward in our relationship. ”

In April 2017, actress Jada Pinkett Smith had raised questions implying that she was in a free marriage with Will. ”  I always said to Will, ‘Do what you want, as long as you can see yourself in the mirror’ ” she said, before going back on her words and clarifying them later: ”  Will and I can do everything we want because we trust each other. This is NOT to say that we are in a free marriage … it means that we are in a marriage all. “

DJOUMBÉ FATIMA, THE UNTOLD STORY OF FAMOUS QUEEN IN COMOROS WHO RULED FROM YOUNG AGE OF 5 TILL HER DEATH