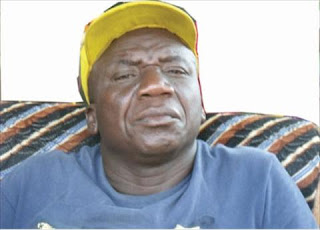 Well known politician Doudou Kassa Jaata of Bakau, has said that his biggest political mistake was to join Gambia Democratic Congress in the run-up to 2016 presidential election.
Kassa, a key member of the United Democratic Party, fled The Gambia four years earlier and upon his return home before the December 2016 election, he left the UDP, a party he had been a member for over twenty years, and joined GDC.

In his first newspaper interview for years, Kassa told The Standard he should not have joined GDC and that he should have formed his own political party.
Asked why he abandoned UDP for GDC, the Bakau politico said when he went in to exile, for four years, three months and two weeks, no one from UDP went to check on his family.
“I was very disappointed in UDP; I worked so hard for UDP in this country, but no UDP member considered me when I went into exile,” he said.

Kassa who claimed that he was third-in-command in the GDC after Mamma Kandeh and his deputy Yusupha Jaiteh, said he has since abandoned GDC and gone back to the UDP. He said he joined GDC because his nephew Yusupha Jaiteh, GDC’s vice president, did a lot for him while he was in exile and that he was angry with UDP.

“When I was in exile, myself, Bamba Manneh and Ousainou Darboe had a conference call in which Darboe told me that I went into exile because I wanted to go to Europe. But Ousainou forgot that I left England to come to The Gambia when the NADD coalition was formed,” he added.
GDC, said Kassa, is not the party for him and that was why he left. “Everybody goes in to politics for interest, but I have no interest and I have fought for this country.”

Asked if he has been fully welcomed into the UDP fold having betrayed them by joining the GDC, Kassa said he has never betrayed UDP and that he was the one betrayed by members of his party, especially Ousainou Darboe.

Culled from The Standard newspaper