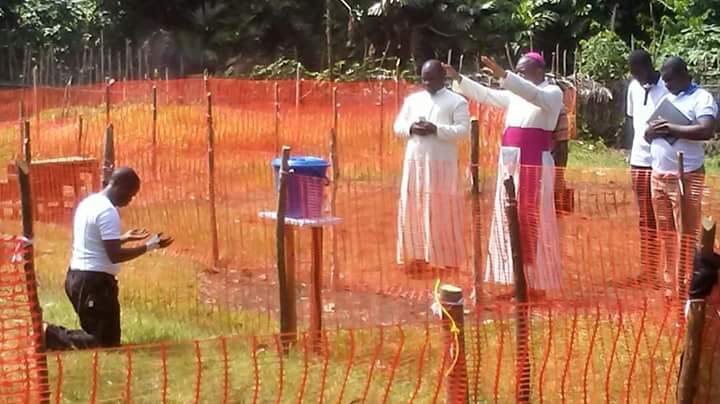 A Catholic priest has contracted the Ebola virus in the Democratic Republic of Congo amid a continuing outbreak that began in the nation earlier this month. The priest, who has been identified as Fr. Lucien Ambunga, – was reportedly infected in the town of Mbandaka.

The clergy was pictured receiving prayers from other the Bishop and priests after being quarantined.

In the latest outbreak in DRC, the first case of Ebola was reported on May 8 in the rural Equateur province near Bikoro, and later spread to Mbandaka. The World Health Organization has said that the chances of Ebola spreading to other parts of the nation are “very high.” 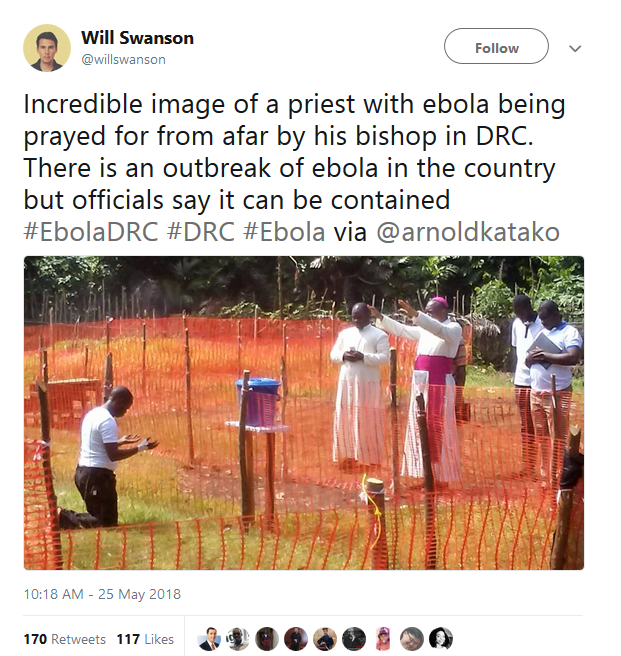 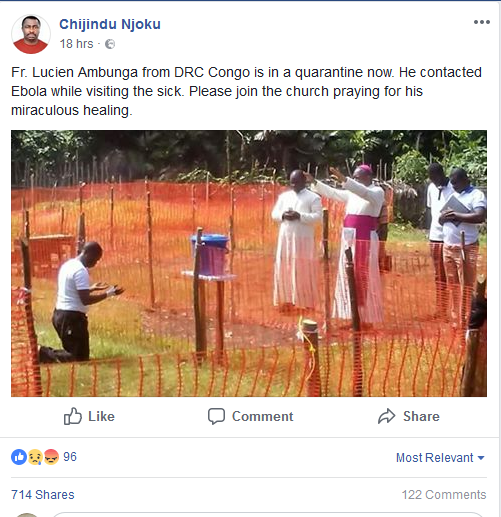