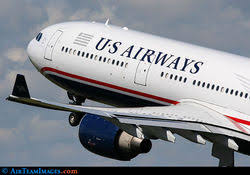 Democratic Republic of Congo (DRC) has sent back six Congolese nationals and two Zambians citizens to the United States, saying the deportation carried out by the US was "inhumane."

Arriving Wednesday aboard an American aircraft at Ndjili airport, they were “handcuffed, chained to the ankles and hips as slaves,” the Congolese Minister of Human Rights deplored.

Marie Ange Mushobekwa expressed outcry about the fact that these expelled persons were given "diapers" in order for them not to move on the plane to ease themselves without access to the toilets.

They traveled under these conditions for more than 20 hours, the government official learnt at the airport while describing such treatment as “unacceptable".

For her, even if these people were to be repatriated, it should be done in accordance with the agreement signed between the two countries, within the respect for human dignity.

“This is why we refused to welcome them and decided to return the plane that departed with its passengers," Ms. Mushobekwa said.

The DRC is ready to implement the agreement signed between the two countries but in the "strict respect for human dignity of those subject to expulsion.”

The X Generation Is the Gold Standard for Gambian Journalism