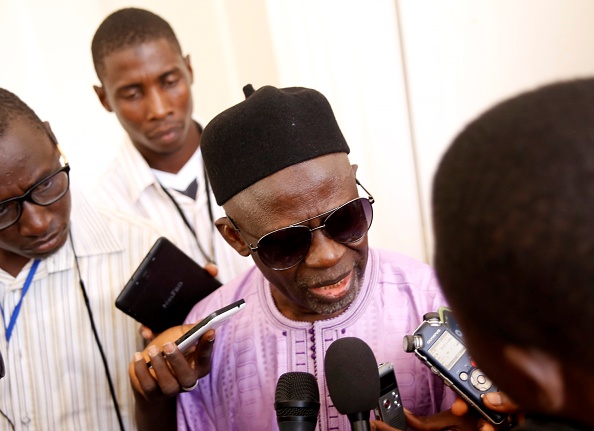 The Minister of Foreign Affairs, International Cooperation and Gambians Abroad, Ousainou Darboe, has been talking about the government’s stance on the much-talked about deportation of Gambians from the United States.

The Foreign Minister was speaking to national broadcaster GRTS Friday evening.
According to Mr Darboe just as the Gambia government has the right to determine who comes or stays in the country, the same way other nations have control over their immigration affairs.

“It is the prerogative of the US and any government for that matter to disallow any foreign nationals to continue their stay in the United States and this is what has happened with the deportees,” he said.
He said some of them are in violation of US immigration laws, example they overstayed their visa and they didn’t regularise their status.

He further disclosed that some of the deportees apart from overstaying their visas “unfortunately fell foul of the law and were convicted and usually the United States government would subject all deportees to a judicial process before any deportation is made.”

He said the US government has acted within its authority and has decided to deport Gambians.
On what next for the deportees, the Minister said their fate depends on their skills, level of education and abilities to deliver. However, he said each individual case will be looked into but was quick to add that the government is not under any obligation to make an offer to any deportee.

On his advice to Gambians in the Diaspora, the minister advised them to regularise their immigration status and make sure that they abide by the laws of their host country. He said once they do that, there will be no problems.

The minister made example of China where he recently visited with President Barrow, explaining that he was very proud when their hosts told them that Gambians are the most behaved and most law-abiding foreigners in China.

“That was very gratifying. That is what we expect of all Gambians outside of The Gambia. We respect Gambians in all parts of the world,” he said.

Sidia Jatta tells ministers that appearing is obligatory not voluntary