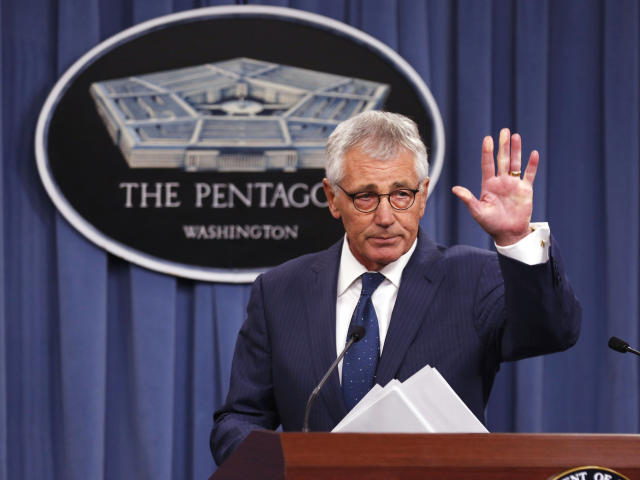 President Donald Trump has “intentionally divid[ed] the country and the world” during his first year in office, former Secretary of Defense Chuck Hagel told the Lincoln Journal-Star for a story published this weekend.

The president is “doing great damage to our country internationally,” said Hagel, a former two-term Republican senator from Nebraska.

“He’s an embarrassment,” Hagel added, reacting specifically to comments Trump reportedly made last week in a closed-door meeting about Haiti, El Salvador and nations in Africa being “shithole” countries.

Trump’s decision to pull the U.S. out of the Trans-Pacific Partnership trade agreement, for instance, did “significant damage” to America’s influence in Asia, Hagel said. Referring to Trump’s taunting tweet about North Korean leader Kim Jong Un’s “nuclear button” being smaller than his own, Hagel said Trump was spouting “irresponsible kind of talk.”

Hagel has criticized Trump’s leadership before. Last May, he said Trump didn’t understand governing and needed to “listen and learn” but was “doing just the opposite.”

“I hope he will take a different tack soon, before it’s too late, before he loses the credibility and the confidence to govern,” he told the Omaha World-Herald.

Months later, Hagel, a decorated Vietnam War veteran, said he was “offended” by Trump’s handling of a call to a widow of a soldier killed in Niger and the president’s accusations that Obama had not called the families of fallen soldiers when he was in office.

“I’m offended by the way he’s handled it,” Hagel told USA Today at the time. “You just don’t use the families of the fallen to score political points, especially to take jabs at your predecessor. I’m very unhappy about this.”