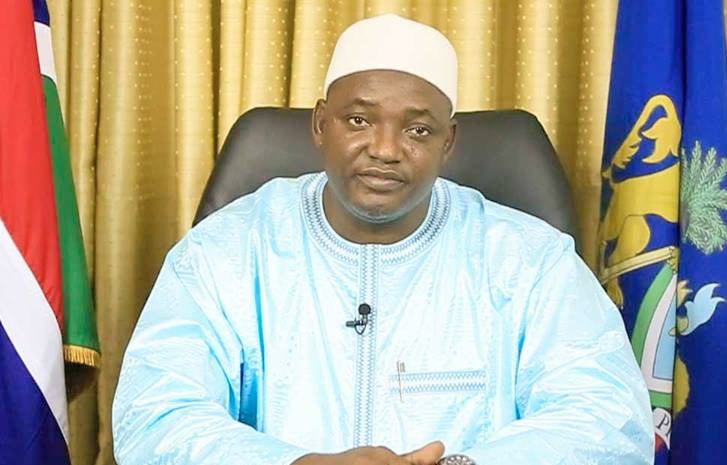 President Adama Barrow on Friday says he will pledge 10 percent of his salary as his own contribution to the National Development Plan (NDP).

The Gambian leader made this pledge at the Banjul International Airport moments after his plane had landed from Brussels where he co-chaired an International Donor Conference on The Gambia.

“Others are pledging for The Gambia, I’ll also take this opportunity to pledge 10% of my salary to the National Development Plan,” the president said.

Asked how optimistic he was about achieving the objectives of the NDP, President Barrow said: “We are very, very optimistic for the simple reason that the whole world has confidence in The Gambia, they want The Gambia to be a sample in the world,” he said. “And there is lot of goodwill around the world to help The Gambia and I think this is very important.”

President Barrow receives a monthly pay of D200,000, according to official source, however, the 1.45 billion Euros, according to him, is not handed over to The Gambia in bulk, but instead, it is a package that will be in a form of a four year development plan.

“Gambians should be united, let’s forget about politics, politics is gone now,” he continued. “Let’s work, let’s implement the National Development Plan. That is our focus; that is our guide.”

Mr. Barrow further went on to say that, it is now time to get to work, to focus and as a government to maintain the good governance.

Although the president has not gotten the targeted over 2 billion Euros, the donor conference overall has been described by many as a success.

The president and his team has been hailed by many for the efforts they put in Brussels, however, their efforts would be fruitless if the pledge made by the international donors fails to have an impact on the ordinary citizens.