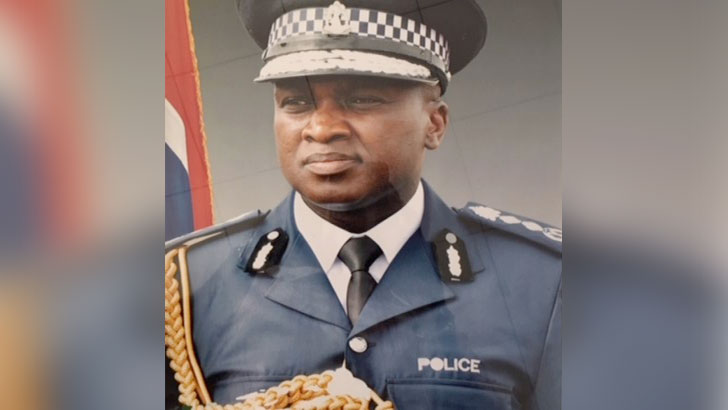 According to security sources, Kinteh tendered his resignation to President Barrow after consultations with friends and family members.

‘IGP offered to take full responsibly since Monday’s security briefing shortly after the Faraba incident’. A source told The Fatu network. He added that Kinteh believes this is the right thing to do.

Meanwhile, he is at the Police Headquarters working on his handing over notes. A replacement has not been named yet as The Presidency is to get announce if his resignation will be accepted or not.

What led to IGP Kinteh’s Resignation

According to sources the fracas emanated from Julakay Engineering Company that is currently engaged in sand mining operations though the villagers say they were not consulted and felt the operations will have serious impact on their environment.

Bakary Kujabi was reportedly shot on his chest and Ismaila Bah on his neck causing their instant death at the scene. The several injured include Francois Jammeh, Salifu Darboe, Jalang Darboe, Sainey Sonko, Dawda Daffeh, Pa Jammeh (shot on his leg), Buba Sanyang, Masanneh Njie, Sheriffo Touray and Amadou Jang Jawo who was shot on his buttocks is currently in critical condition. Many of them are admitted at the EFST Hospital in Banjul.

“We were not armed,” Mustapha Camara said.

The youth leader also an eyewitness told The Fatu Network that they were talking to the PIU officers posted at the village to ask the truck drivers to return the loaded sand until they received clearance from the National Assembly Select Committee that suspended mining operations at the place.

“While we were talking, two trucks of PIU officers came and fired two shots in the air….then started throwing tear gas…we picked it up and throw it back at them,” Mustapha said.

Mustapha explained that the seventeen (17) year old Bakary Kujabi was the only child of his mother.

“We want to know whether the IGP or President Barrow gave the order to fire live bullets at us,” Mustapha retorted.

Suwaibou Sanyang, another eyewitness told The Fatu Network that they heard the PIU officers saying aloud ‘Let us killed them’. He said they were using foul and abusive words.

The angry youths went after the alleged culprits dealing with Julakay Engineering Company. The Chief Bakary Sanyang of Kombo East was not spared, they brought the death bodies to his place and slapped him several times before fleeing away. The house and car belonging to Jung Conteh, former Chief was burnt likewise Jambawuntu Sanyang and Boyo Jarju. They all fled away with the Village Head, Nuha Kujabi, Bakary Saidy and Mamadi Saidy.

The villagers say one of the shooters of Bakary Kujabi was a PIU Officer and his name is Alieu Camara of Brikama New Town.

The Police Spokesperson, Superintendent David Kujabi was contacted but said he is gathering information about the incident.

The person behind the Julakay Engineering Company is one Ansumana Marenah. He is from Badibu Suwareh Kunda, a close associate of the late Baba Jobe who introduced him to the former President Yahya Jammeh.

Mr Ansumana Marenah commonly known as ‘Julakay’ was a businessman and financiers of the former ruling APRC Party.

Meanwhile, Journalist Pa Modou Bojang, the presenter of Menbekering programme was reportedly arrested and detained at the Brikama Police Station.