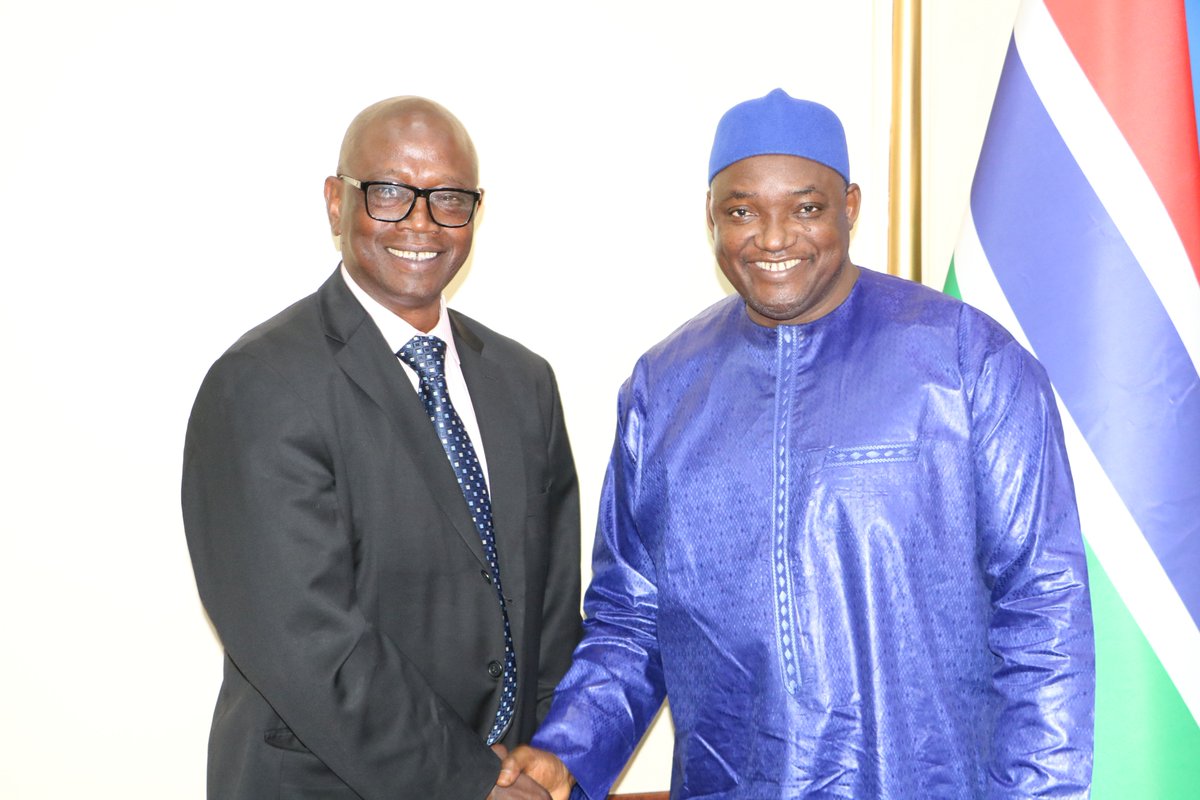 The process for the selection and nomination of regional commissioners will across the country this week, according to a media advisory issued by the TRRC Secretariat. The process will run from 20th June to 16th July. In preparation for the beginning of the process, Justice Minister Abubacarr Tambadou, alongside senior officials of the Justice ministry and Dr. Baba Galleh Jallow, Executive Secretary of the TRRC met Regional Governors in Banjul last week to discuss the process and related logistics.

In conversation with the governors, Minister Tambadou emphasized the need for all parties involved in the impending process – governors, chiefs, Alkalis, and Regional Selection Panel (RSP) members – to properly understand and take time to explain the context and objectives of the TRRC to communities. “It is extremely important that the inclusive nature of the whole process and our desire for the process to be owned by the Gambian people be understood by all Gambian communities,” Minister Tambadou told the governors.

As we recall, in 2017 a national consultation tour was organized by the Ministry of Justice in partnership with several stakeholders in the country. During that consultation exercise, the general public expressed their views and opinions on how the TRRC should be constituted. Their views were incorporated both in the drafting of the TRRC Bill and in the formation of the technical committee on transitional justice which, among other things, has been involved in the drafting of a national strategy document for The Gambia’s transitional justice process. The idea of regional selection and nomination of commissioners from all parts of the country also came out of those national consultations. This culture of inclusivity continues to drive Gambia’s transitional justice and TRRC process and distinctly sets it apart from many truth commission processes around the world.

The process for the selection and nomination of regional commissioners will start on Wednesday 20th June with advance community radio sensitization programmes to be conducted by each governor assisted by two chiefs from their regions. A one-hour programme per day in two to three community radio stations in each region will be conducted in local languages on Wednesday, 20th June, Thursday, 21st June and Friday, 22nd June. During these programmes, the governors and chiefs will explain to their communities the context, purpose, and expected nature and outcomes of the nomination process at the district and regional levels. These radio sensitization programmes will highlight the importance of local communities understanding the guidelines and criteria for the selection of regional commissioners and the overall coordinating role of the governors in the process.

These community radio engagements will be followed on Monday 25th June by meetings at governors’ places to select members of the Regional Selection Panels (RSPs). Representatives from all districts in every region will converge at the regional headquarters to participate in the selection of members of the RSPs. Each seven-member RSP must include at least one representative from youth groups, women’s groups, civil society organisations, non-governmental organisations working in the field of human rights, religious groups, and community leaders resident and working within the regions. All members of the RSPs must be residents of the region with high moral character and integrity, no criminal record or involvement in past human rights violations, no known involvement in a political party, and be of Gambian nationality. Chiefs will be invited to attend these RSP selection meetings to enable them to participate in and learn more about the process with a view to helping further sensitize Alkalis and communities in their districts. The Alkalis in turn will share as much of this information as possible with their village communities.

This will serve as a second layer of community sensitization on the region-wide selection and nomination process. A follow-up meeting between each governor and their RSPs will be held on Wednesday, 27th June. At these meetings the governors will discuss with the RSPs their terms of reference and the guidelines for the selection of regional commissioners. The governors will make hard copies of the guidelines which will be handed over to each member of the RSPs for ease of reference and further study.
The actual district level consultation and nomination process by the RSPs in each region will run from 28th June – 9th July. Each RSP is required to travel to and hold meetings with inhabitants of each district in their region between 28th June and 9th July, and preferably by consensus, to secure two nominations from each district, one male, one female. In the event of a deadlock at the district level, the two nominated candidates shall be selected through community voting by a show of hands.

After consultations in all districts, the RSPs will spend the 10th and 11th July to deliberate and select three final regional nominees including at least one female for possible appointment from among the three majority ethnic groups in the region. No more than one candidate from each of the three majority ethnic groups in a region shall be nominated from a region. Each RSP will submit its report alongside the names of the three final nominees from their region to the governors no later than 11th July. According to the guidelines for the selection and appointment of commissioners, nominations to serve as a regional commissioner on the TRRC shall be based on high moral character and integrity; no criminal record or involvement in past human rights violations; not known to be actively involved in a political party; residency in the region; and Gambian nationality.

After the conclusion of the regional nomination process for all regions, the governors will have 12th – 16th July to finalize and submit the list of three nominated candidates to the Ministry of Justice with a report identifying members of the Regional Selection Panel and certifying that the nomination process complied with the aforesaid procedures. The list of three nominees from each region shall contain the following information about each nominated candidate: full name and current address, age, gender, ethnicity, religion, educational background, occupation, employment history, and short notes of no more than 500 words (type-written) stating the reasons for the person’s suitability for appointment as commissioner to the TRRC in light of its mandate and objectives. Meanwhile, the selection of commissioners for the Greater Banjul Area will proceed from nominations received back in February 2018.

“We will re-publish the guidelines for the selection and appointment of commissioners sometime this week to refresh the public memory,” said Dr. Baba Galleh Jallow, Executive Secretary of the TRRC. “Meanwhile, we call upon all Gambians to actively participate in this important process and ensure that they are well represented on the commission,” he said.