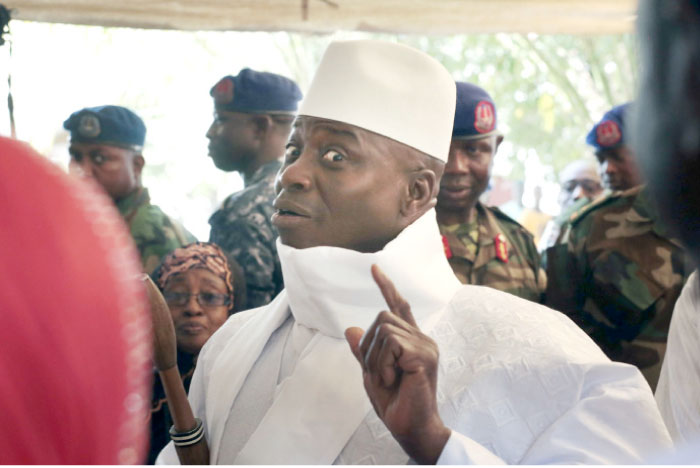 The government of Ghana says it is studying a request by Human Rights Watch (HRW) and Trial International for the extradition and trial of former president Yahya Jammeh over the killings of Ghanaian nationals in The Gambia in 2005.

“Government has been informed that Human Rights Watch, in collaboration with Trial International and led by an American lawyer, Reed Brody, has unearthed fresh evidence which they believe ties the former Gambian president, Yahya Jammeh, to the killing of 44 Ghanaians on or about July 22, 2005,” a statement signed by the minister of Information, Dr. Mustapha Abdul-Hamid, stated.

“Government shall inform the Ghanaian people of its decision in respect of this matter as soon as it receives the reports of the Ministry of Foreign Affairs and the Attorney-General’s Department,” it said.

The statement assured Ghanaians that the government remained committed to protecting the interest of every Ghanaian.

“The government, therefore, wishes to call on the families of those who lost their lives and the Ghanaian population to exercise restraint as it seeks good counsel on this matter,” it added.

At the launch of the campaign on May 16, 2018, Martin Kyere, the sole known Ghanaian survivor, the families of the disappeared, the family of Saul N’dow, another Ghanaian killed under Jammeh, as well as a number of Ghanaian human rights organisations, called on the Ghanaian government to investigate the new evidence and potentially seek Jammeh’s extradition and prosecution in Ghana.