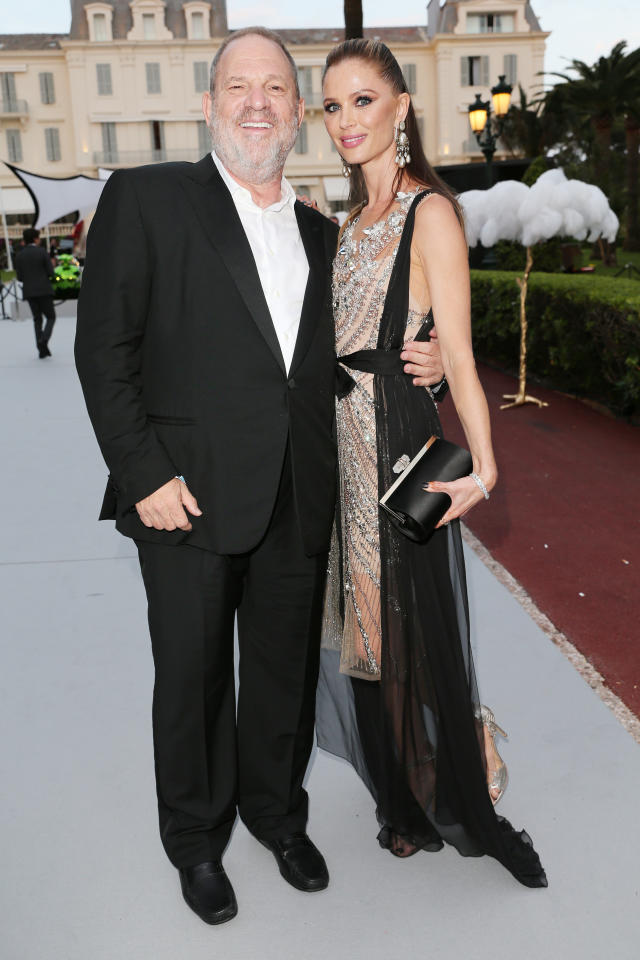 Harvey Weinstein’s wife, Marchesa designer Georgina Chapman, is leaving him — as more women continue to step forward to accuse the movie mogul of decades of sexual harassment and assault.

“My heart breaks for all the women who have suffered tremendous pain because of these unforgivable actions. I have chosen to leave my husband. Caring for my young children is my first priority and I ask the media for privacy at this time,” Chapman says in a statement to PEOPLE.

In the wake of the first allegations by multiple women in a New York Times report, Weinstein, who has denied allegations of nonconsensual sex, initially said Chapman was standing behind him.

“She stands 100 percent behind me. Georgina and I have talked about this at length,” Weinstein told the New York Post, adding that Chapman was helping him become “a better human” and to “apologize to people for my bad behavior, to say I’m sorry, and to absolutely mean it.”

On Sunday, Weinstein was fired from his powerhouse film studio.

On Tuesday, Gwyneth Paltrow and Angelina Jolie added their own accounts of alleged mistreatment. Paltrow told the NYT that Weinstein sexually harassed her in a hotel room after hiring her for the lead role in Emma when she was 22. The encounter allegedly ended with Weinstein placing his hands on her and suggesting a massage.

Jolie also told the outlet that she had a “bad experience” with Weinstein in a hotel room during the release of Playing by Heart in the late ’90s.

Also on Tuesday, the The New Yorker revealed — among 13 different women’s accounts of alleged sexual harassment, assault or rape — that the mogul allegedly forcibly performed oral sex on Italian actress Asia Argento two decades ago. Actresses Mira Sorvino and Rosanna Arquette also claimed that after rejecting Weinstein’s unwanted advances, they were removed from or kept from being hired for projects.

In response to the lengthy allegations made against Weinstein in the New Yorkerpiece, a spokesperson for Weinstein said, “Any allegations of non-consensual sex are unequivocally denied by Mr. Weinstein.”