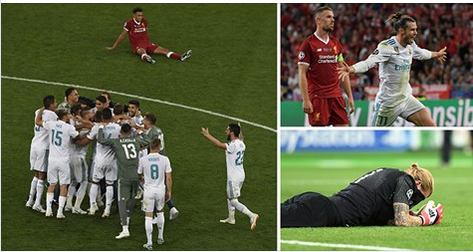 It was a goalless but eventful first 45 minutes as Mo Salah and Dani Carvajal, in tears, left the field injured.

Liverpool started the game brilliantly, albeit without creating many clear chances. They lost their way after Salah’s injury and were under a lot of pressure until the half-time whistle was blown.

In the 52nd minute, Karim Benzema blocked Karius’ attempted throw to his teammate, to direct the ball into the net for Madrid’s first goal.

Sadio Mane scored from close range in the 55th minute to level the scoreline, but in the 64th minute, Gareth Bale scored an incredible overhead kick to put Madrid ahead.

In the 83rd minute, Bale shot a screamer which slipped through Karius’ hands to extend the defending champions’ lead. 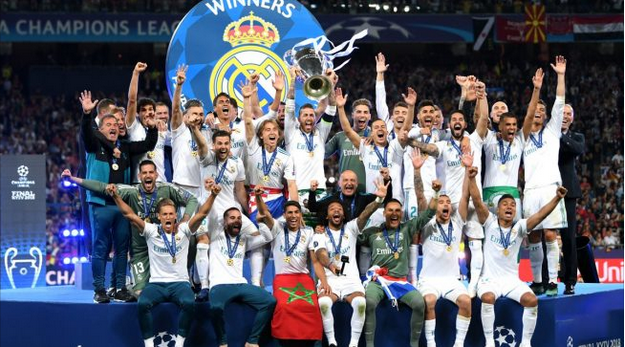 Madrid have become the first team since Bayern in the mid-1970s to win the competition three years in a row.