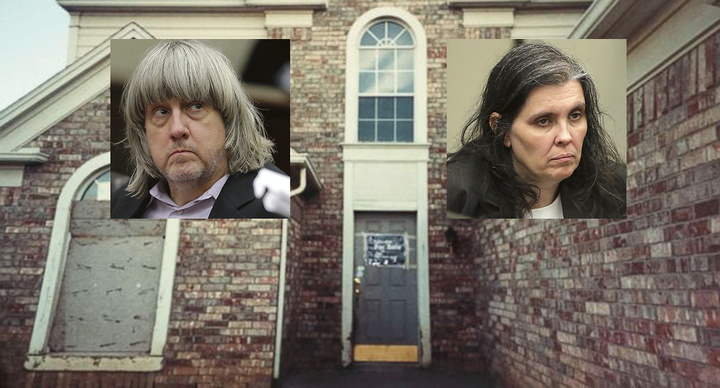 Photos from the Texas home where David and Louise Turpin lived with their now-adult children nearly two decades ago show a filthy, decrepit interior that most likely had human feces on the walls, the current owner told ABC News.

Thirteen siblings, believed to be the Turpins' biological children, were found malnourished and shackled in a home in Perris, California, on Sunday after a 17-year-old girl escaped and called 911. She was so emaciated that responding officers said the teen "appeared to be only 10 years old."

Before the Turpins moved into their home in Perris around 2014, they lived in Murietta, California, and near Fort Worth, Texas.

The current owner of the Turpins' former Texas home bought the foreclosed property about 18 years ago and took photos of the condition of the structure, he told ABC News. 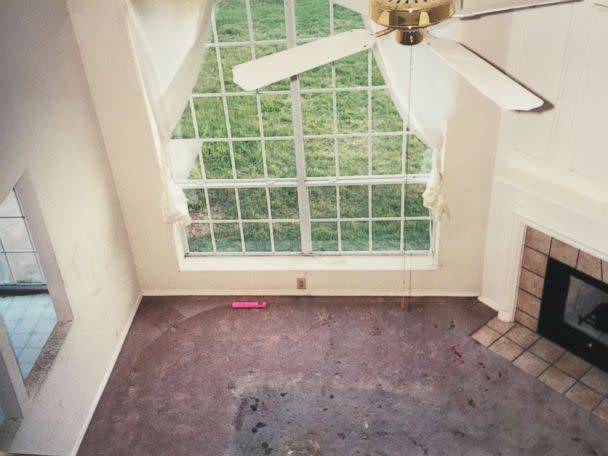 The images appear to show carpets and walls covered in large stains. David Turpin, 57, and Louise Turpin, 49, likely lived there with many of their seven now-adult children, who range in age from 18 to 29. 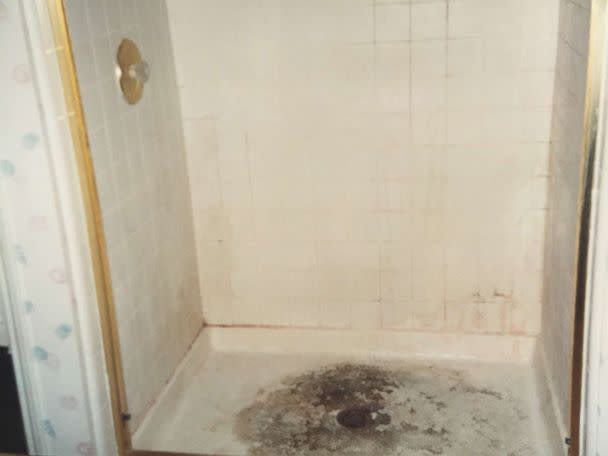 The owner, who wishes to remain anonymous, said he was certain feces were smeared all over the walls of every room at the time that he bought the home.

Doctor on shackled siblings' recovery: 'It's not going to be achieved overnight' 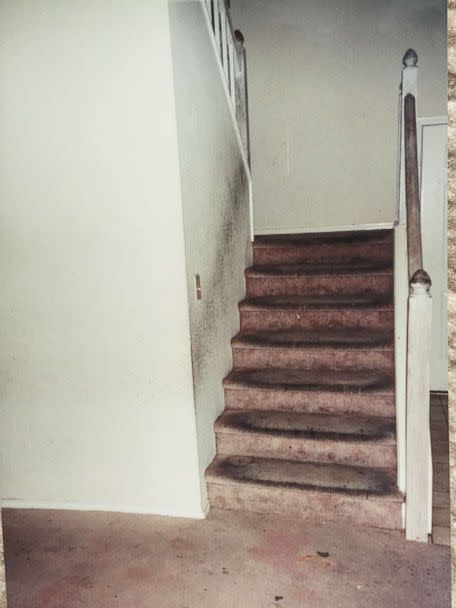 The current owner said he and his wife were young and naive when they moved in and believed that the previous occupants destroyed the house because it was being foreclosed on. 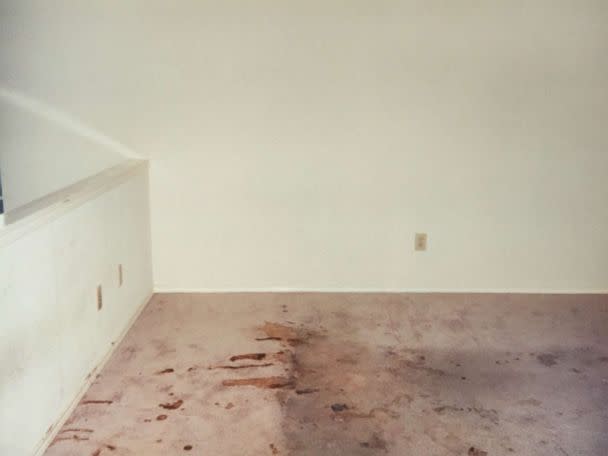 He never met the family who lived there before him, but he said he found an envelope of photos showing school-age children after an extensive cleanup. He tossed the photos in the garbage, he said. 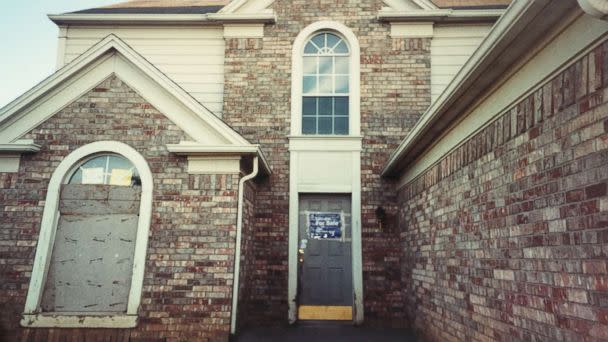 Neighbors praised the current owner after he moved in for improving the way the home looked, he said. When he moved in, neighbors told him the family never used the front door to enter the home and used the back gate instead.

It appears that the Turpins stayed in Texas after the home was foreclosed on. Incident reports from Hill County, Texas, list another home — south of Fort Worth in Blum — and detail an incident in which stray livestock escaped the Turpins' property in 2003 and another in which the Turpins' black-and-white border collie bit their then 4-year-old daughter in the face in 2001.

Emergency dispatchers were not called to the home until the day after the 4-year-old was bitten, the incident report states. She was taken to the hospital to receive stitches on her face, and the dog was taken to a local veterinarian to be put down, according to the document.

The Turpin children — who are ages 2 to 29 — were subjected to repeated beatings, including strangulation, and were only allowed to shower once a year, Riverside County District Attorney Mike Hestrin said a press conference on Thursday. The abuse allegedly intensified when they moved from Texas to California, with the siblings telling authorities that their parents started tying them up many years ago, first with ropes and eventually with chains and padlocks, Hestrin said.

The 13 siblings had never been to the dentist and hadn't been to the doctor in more than four years, Hestrin said. The 17-year-old who alerted authorities to their living conditions had worked on a plan to escape with her siblings for more than two years. 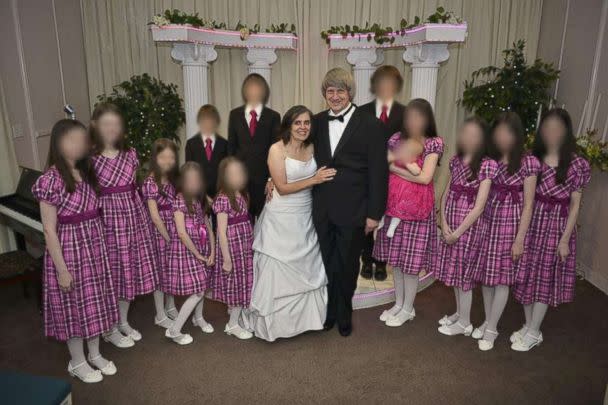 David and Louise Turpin were arrested on charges of torture and child endangerment. During their arraignment on Thursday, they both pleaded not guilty and are being held on $12 million bonds each. 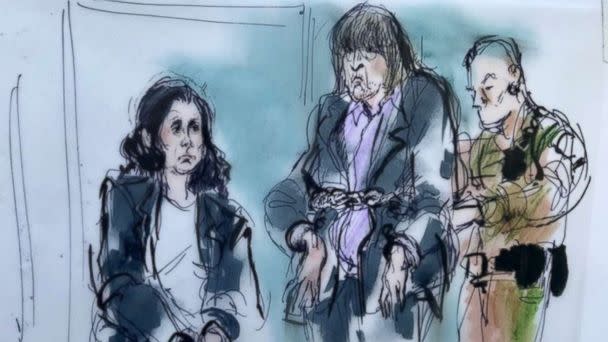 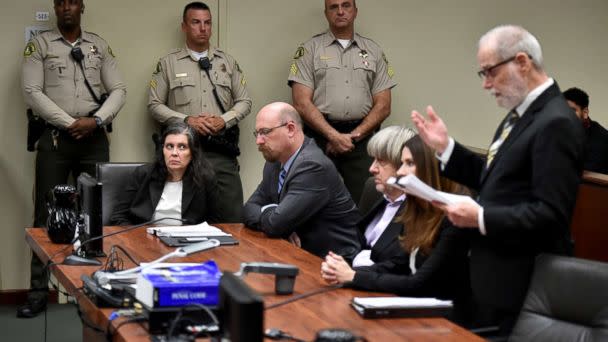 All of the siblings, except for the 2-year-old, are severely malnourished, Hestrin said. They are all being treated at local hospitals.

Femi Peters: A Martyr of the Public Order Act

Why some African Americans are moving to Africa