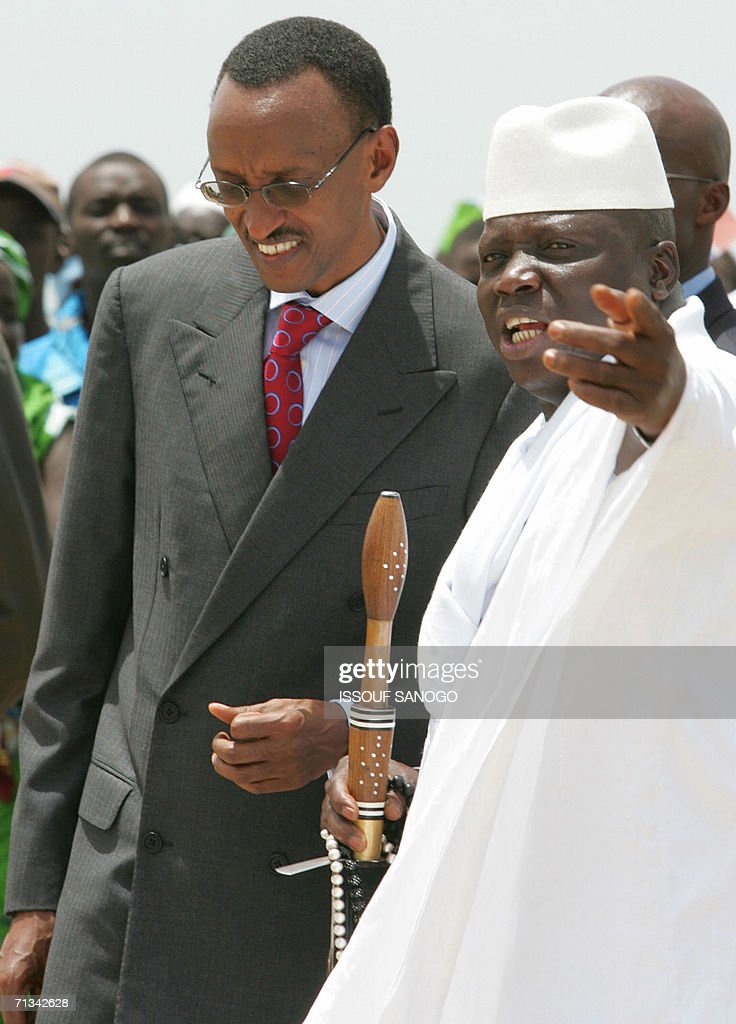 Exactly one month ago, the former head of the Gambia Armed Forces, Col Baboucar Jatta, declined to tell this newspaper about the vexed circumstances surrounding the death and disappearance of at least 52 migrants, mainly Ghanaians, in The Gambia in July 2005.
Reacting to charges that agents of the Gambian state killed them, Jatta, who was then the Minister for the Interior said the government of President Jammeh said it did not know what happened and that he was not going to spill any beans. However he said, were he to be called at the truth commission, he would tell them what he knew.

The commission, TRRC, is yet to be fully empanelled and start work in earnest but The Standard investigative team has become privy to the testimonies of some Gambian soldiers who were involved in the killings.
Among them is Staff sergeant Omar A Jallow, a native of Chogen village, North Bank Region and a member of former president Jammeh’s hit squad, the Junglers, who is in the custody of Gambian authorities. He told military and police investigators that sometime in July 2005, while he was in Kanilai, Lt. Col. Solo Bojang, a senior Jungler, informed his guard commander, Cpl Adama Saidy, that he [Jallow] was needed to escort 52 people from Banjul to Kanilai.

He narrated: “We left for Banjul on board a pick-up driven by Buba Jallow and the soldiers on board were myself, Warrant Officer Fansu Nyabally and Solo Bojang. We came up to a coconut area where we found those people secured by the PIU officers. We first took 15 people out of the lot to Kanilai and handed them over to Sanna Manjang and returned back for the second trip which was also 15 people to Kanilai and handed them over again, but within the shortest time, I heard sound of gun shots and the next day [senior Jungler Lt Col] Sanna Manjang told me he killed them and dropped their death body [sic] in a well.”

Staff Sgt Jallow told investigators, others were killed by Kawsu Camara (Bombardeh), Mbye Lowe, Musa Badjie and Major Sarjo Jarju and their dead bodies were found at Ghana Town, Brufut.
Jallow said the previous year, 2004, he was trained by the Italian, Francisco, to become a Jungler together with Brig General Umpa Mendy, Major Nuha Badjie, Captain Musa Sanneh and Mbarra Mboob. He said his first assignment as a Jungler was the torture of the Muslim cleric, Ba Kawsu Fofana and another marabout, unnamed, who he said was accused by Gen Saul Badjie of plotting a coup.

Sgt Jallow who admitted taking part in other killings including the suffocation to death of the nine death row inmates from Mile 2 Prisons, said Sanna Manjang also informed him that he [Manjang] killed one Haruna Jammeh and that President Jammeh allegedly impregnated a lady by the name ‘Mariama’ resident at Hamza Barracks in Banjul and when her husband started “making noise”, one Malick Boye killed them “to keep silence”.

Investigators said the 52 migrants, 42 of whom were Ghanaians, were “fallaciously” taken as hostile by Jammeh and his henchmen and their arrest and execution by the Junglers were ordered.
The current president of Ghana, Nana Akufo-Addo, was the then Foreign Minister, visited Banjul and engaged the Gambian authorities on several occasions about the fate of his compatriots.
In 2010, following the submission by the UN and Ecowas, of a report on their findings into the deaths of the migrants, The Gambia government made “a donation” of US$500,000 in cash to the families of the dead Ghanaians, “towards their burial and funeral rites”.

The Ghanaian Minister for Foreign Affairs and Regional Integration, Alhaji Mohammad Mumuni, told parliament at the time: “…although the [UN/Ecowas] report did not fully address the concerns of both sides, the Governments of Ghana and The Gambia agreed to accept the findings and recommendations of the panel, and work together to bring a closure to that unfortunate tragedy, and strive to restore normalcy to their bilateral relations.”

Source; Culled from The Standard newspaper