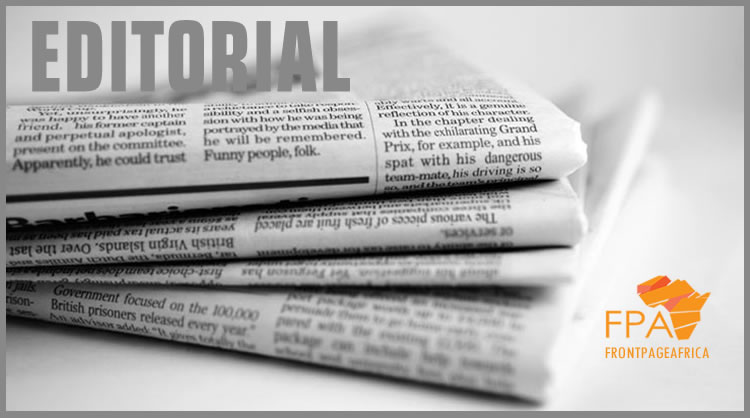 FEW DAYS AGO, Vice President Jewel Howard-Taylor was again on every banner headline of every major newspaper. Her name was on the lips of most of the talk-shows’ hosts. That was not the end of it all; that famous name made rounds on all Liberian social media pages and online news portals.

GUESS WHAT? AGAIN, the Liberian Vice President’s name wasn’t in the news for any good reasons. Y’all probably know why by now.

WELL, TO THOSE OF YOU our readers, who didn’t follow the events of late, we are bringing you up to speed with what our Vice President did again, recently.

VICE-PRESIDENT HOWARD-TAYLOR had gone to Gbarnga, Bong County, to install 13 commissioners of that county, which she represented in the Liberian Senate for 12 consecutive years before being elected to the post of Vice President in the 2017 Presidential and Representatives Elections.

IT WAS DURING THAT INSTALLATION program, that she made this very divisive and reckless statement that if Liberia were indeed a civilized nation, Jewel would have long resigned her post as the Vice President of all Liberians.

AFTER GREETING EVERYONE who was in attendance at the ceremony, she began: “Truthfully, all of the 13 Commissioners [here] might not be members of the Coalition; we have got one or two who might not be members. Y’all must join because other people joined the Unity Party, too. So, I am waiting for y’all to call me from your districts to tell me that you are joining the ruling Coalition those of you who are not members. The Bible says ‘How can two walk together if they don’t agree?’ So, all ‘two’ of you must all be on the same side. So you see, if you can’t make it, you tell us so that we can find somebody else. Anybody, who feels that they are not able to make it must say it now before we go far. When I call a meeting of the Coalition and someone [among you] is not part of the Coalition, the thing I want to talk, will I be able to talk it there? So you all just come on board with your whole hearts and minds.

“TO SHOW YOU ALL THAT some people who are sitting here are not members of the Coalition, you know we don’t have nothing in our hearts against you’ll because I would have said removed everybody. What would you have done to me? Nothing! This is my time. Nothing you will do to me. This is my time. We are not coming to give our birthrights to other people. This is our time to eat. We will eat but we are going to eat in a way that everybody will be able to eat, too.”

THIS IS NOT THE FIRST of controversies that she has been involved with of late. Jewel had to openly apologize recently to President George Manneh Weah, on the radio after it emerged that there was a feud in the Executive Mansion. She had made some unapproved travels outside the country without the President’s consent. The Liberian Leader wasn’t happy about that but he didn’t come to the media to say it. He was handling it maturely. The thing about it is that Mr. Weah is not an ‘old hand’ politically or governmental-wise as Madam Vice President; so one expects her to know better when it comes to government business.

AGAIN, DURING THE 2017 elections campaign, she was not far from controversies. Most times she spoke, she stated something untoward, including her famous “bringing the Charles Taylor agenda back.” This statement drew a lot of condemnations from within and outside Liberia.

FEW YEARS AGO, THE Vice President then Senator, was one of those eminent citizens calling for Liberia being made or turned in a “Christian State.”

JEWEL KNOWS THAT Liberia’s founding fathers, who predominantly were Christians, never inscribed or incorporated in the first constitution that Liberia is a Christian nation or state. This suggests they preferred a secular state to a state religion.

THIS IS WHY IN THE CONSTITUTION of 1847 they said, “All men have a natural and inalienable right to worship God according to the dictates of their own consciences, without obstruction or molestation from others: all persons demeaning themselves peaceably, and not obstructing others in their religious worship, are entitled to the protection of law, in the free exercise of their own religion; and no sect of Christians shall have exclusive privileges or preference, over any other sect; but all shall be alike tolerated: and no religious test whatever shall be required as a qualification for civil office, or the exercise of any civil right.”

THE FACT THAT THE SAMe provisions would be retained with even much clarity in the new Constitution of 1986 and the amendment to Article 14 only serves to show the sensitivity of the nation to the subject matter. But our mischievous Vice President or Senator didn’t care. All she cares about is plunging the nation into chaos, which is not going to happen.

“ALL PERSONS SHALL BE entitled to freedom of thought, conscience and religion and no person shall be hindered in the enjoyment thereof except as may be required by law to protect public safety, order, health, or morals or the fundamental rights and freedoms of others.”

IT WENT ON: “ALL persons who, in the practice of their religion, conduct themselves peaceably, not obstructing others and conforming to the standards set out herein, shall be entitled to the protection of the law.

NO RELIGIOUS DENOMINATION or sect shall have any exclusive privilege or preference over any other, but all shall be treated alike; and no religious tests shall be required for any civil or military office or for the exercise of any civil right. Consistent with the principle of separation of religion and state, the Republic shall establish no state religion.”

VICE-PRESIDENT JEWEL Howard-Taylor of all person shouldn’t be making such divisive comments. She has stayed too long around the corridors of power in this nation. First Lady for at least six years, Senator for 12 years and now Vice President, hopefully for six years before another election is held.

LET’S DO ALL TO CONSTRUCTIVELY stop Madam Howard-Taylor in her tracks now before she blows this country up into something messy.

Assassination of 50 West Africans in Gambia: Ex-President Yahya Jammeh Will Soon Be Extradited