After France, it is around the United States to reward the young Franco Malian Mamadou Gassama for his heroic gesture.

It is remembered that Mamadou Gassama, a Malian migrant rescued a child hanging on the balcony of a Parisian building. His gesture was then hailed by France as a whole. He had been received by French President Emmanuel Macron.

Apart from the diploma of courage and his naturalization as a Frenchman, Gassama was recruited under presidential order in the body of firefighters. But his rewards have not only stopped in France. A few days ago, young Franco Malien has learned that he is expected on the side of the United States this Sunday when he will receive another prize awarded by the BET Awards. This is a ceremony created by an American television channel to reward the actors of black-American culture. Mamoudou Gassama will receive an award for having shown courage.

The event held in Los Angeles generally rewards actors of Black-American culture, including artists, but also athletes and anonymous who have been particularly successful during the year.

For this year, the Humanitarian Award will also be given to Naomi Wadler, an 11-year-old girl who was openly opposed to firearms, as well as to the activist journalist for the civil rights of black people in the United States. 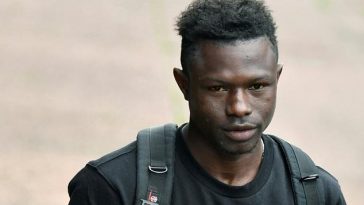 Mamoudou Gassama is expected in Los Angeles. The US embassy in France has even split a small message on Twitter to wish a “good flight” to the one we nicknamed the “Spider-Man of Paris”.

Mamoudou Gassama: Mali ‘Spiderman’ to be made French citizen