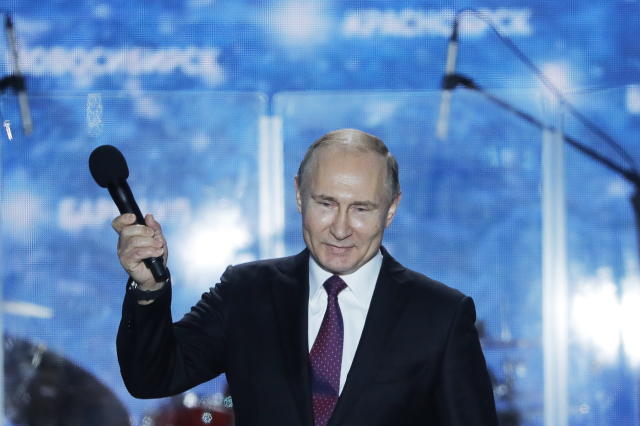 Moscow has issued a stern response to Theresa May’s list of Russian sanctions as the US described the use of chemical weapons on the streets of Salisbury as a ‘defining moment’.

Mrs May has announced a raft of measures aimed directly at Moscow in retaliation to the poisoning of former double agent Sergei Skripal. In a startling statement to MPs, the PM said Russia had responded to her demands for an explanation of events in Salisbury with ‘sarcasm, contempt and defiance’.

The Defence Secretary, Gavin Williamson, has offered the anthrax vaccine to troops – in case of future chemical attacks.

Moscow, however, was quick to threaten its own retaliation, warning its response ‘will not be long in coming’.

A statement from its Foreign Ministry read: “By investigating this incident in a unilateral, non-transparent way, the British government is again seeking to launch a groundless anti-Russian campaign.

“Needless to say, our response measures will not be long in coming.”

That followed a clear nod to the cold war in a tweet by the Russian embassy in London, which read: “The temperature of Russia-UK relations drops to minus-23, but we are not afraid of cold weather.”

The embassy added in a separate tweet: ‘We consider this hostile action as totally unacceptable, unjustified and shortsighted. All the responsibility for the deterioration of the Russia-UK relationship lies with the current political leadership of Britain.’

Another frenetic day of fast-moving action ended with the US placing itself full square behind the UK, with the US ambassador to the UN Nikki Haley saying: ‘The US believes that Russia is responsible for the attack on two people in the United Kingdom using a military-grade nerve agent.’ 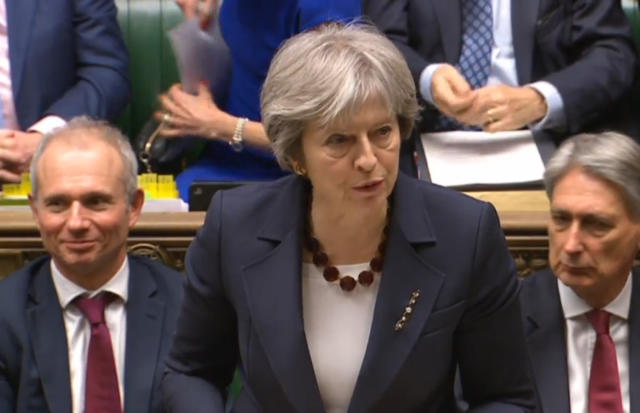 Theresa May announced 23 Russian diplomats would be kicked out of the UK (Picture: PA)

May takes aim at Putin

In a speech to MPs on Wednesday, Mrs May said Russia had failed to provide any ‘credible’ explanation of events and of why it had ‘an undeclared chemical weapons programme in contravention of international law’.

‘But we will not tolerate the threat to life of British people and others on British soil from the Russian Government.

‘Nor will we tolerate such a flagrant breach of Russia’s international obligations.’

She said the government would ‘urgently develop proposals’ for new legislative powers to ‘harden our defences against all forms of hostile state activity’.

She stated the UK would:

The Prime Minister also said that the UK was suspending high-level contacts with Russia and that dignitaries, including members of the royal family, will not attend this summer’s World Cup.

Russia’s Ministry for Foreign Affairs also fired back, describing Mrs May’s statement as ‘an unprecedentedly rude provocation that undermines the foundations of a normal interstate dialogue between our countries’. 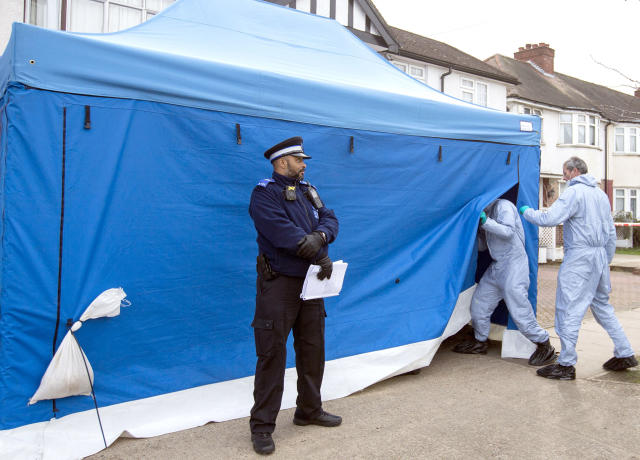 A statement from Moscow said in response: ‘We consider it categorically unacceptable and unworthy that the British Government, in its unseemly political aims, further seriously aggravated relations, announcing a whole set of hostile measures, including the expulsion of 23 Russian diplomats from the country.’

53 called to the Bar