Warning: Use of undefined constant ‘WP_AUTO_UPDATE_CORE’ - assumed '‘WP_AUTO_UPDATE_CORE’' (this will throw an Error in a future version of PHP) in /home/customer/www/mamostv.tv/public_html/wp-config.php on line 104
 Mugabe Gets U.S.$10 Million, Full Salary and More | POLITICS | Mamos Media LTD 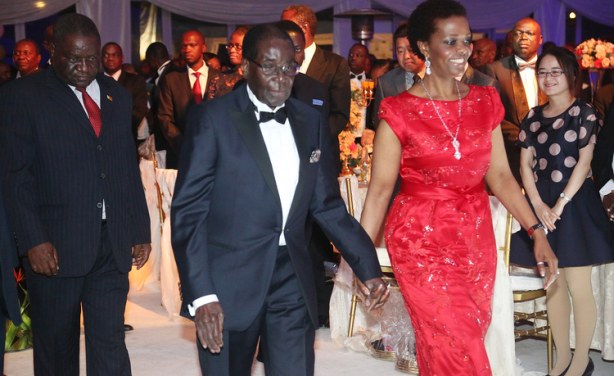 His resignation came on the backdrop of negotiations between the generals and his team of mediators following a week of high political and military drama as well as a parliamentary impeachment motion that was halted midway.

Investigations by the Independent reveal that Mugabe's negotiators managed to strike a deal with the generals to enable the 93-year-old former president not to go into exile but rather enjoy his retirement in Zimbabwe with all his benefits.

"Government will give him US$5 million lump-sum and then the remainder to be paid out in instalments," a source said. "Mugabe will also enjoy full medical cover as well as his full monthly salary. In the event of his death, his wife will be given half salary per month.

Mugabe negotiated a safe exit through a team of mediators which included a Catholic priest, Fidelis Mukonori and former RBZ governor Gideon Gono. Mukonori said in an interview his role was just to mediate between the generals and Mugabe.

"We were told that the president had resigned, but that he was granted full immunity. Sanyatwe informed us that Mugabe will continue to enjoy protection as a former head of state," the source said.