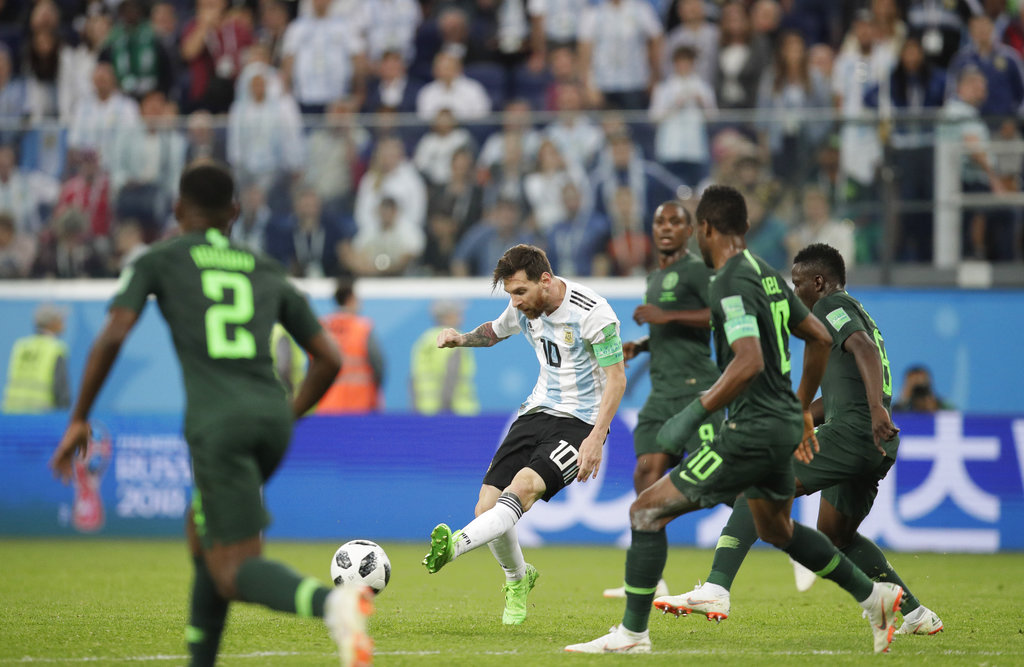 Dr Kennis Ebirim, a family physician with the Federal Teaching Hospital, Abakaliki, has been confirmed dead after watching Tuesday’s 2018 World Cup match between Nigeria and Argentina.

Family members, colleagues and neighbours confirmed the death of Ebirim to the News Agency of Nigeria at his residence in Owerri. The deceased was reported to have slumped and rushed to hospital after Nigeria crashed out of the world football tournament.

Dr Chikere Ebirim, a lecturer in the Department of Public Health, Federal University of Technology, Owerri,  and younger brother to the deceased, expressed shock over the development.

He said: “We were together on Sunday with my dad. He used to have cases of heart attack but he was also on medication.

“This is so shocking because he was sound in health when he left Owerri on Monday morning for Abakaliki where he works.”

Dr Hyacinth Emele, the immediate past Chairman, Nigeria Medical Association (NMA), Imo state branch, also confirmed the incident to NAN, describing it as a heavy blow to the association.

“The NMA in Imo and indeed in Nigeria is in deep shock. This is a heavy blow. More than just a colleague, he was a brother, one who could never hurt a fly,” he said.

On the possible cause of the doctor’s death, Emele said: “Dr Ebirim has been a hypertensive patient who has also been on medication.

“What happened to him is what we call sudden death syndrome which most times are caused by a cardiac arrest.

“As a patriotic Nigerian who is passionate about his country just like many of us including me, it is possible the outcome of that match may have triggered the confusion in his system, causing him to slump.

“I think an autopsy will reveal what exactly transpired in his system. When that is done, the exact cause of death will be made known to the public.”

Sgt. Michael Attah, the Chief Security Officer, Heartland Estate, Owerri, where the doctor lived with his family until his death, said the management of the estate confirmed the incident on Wednesday.

“We thought it was a joke until we confirmed it on Wednesday. We feel sad because he was someone we trusted with the position of treasurer in the estate,” he said.