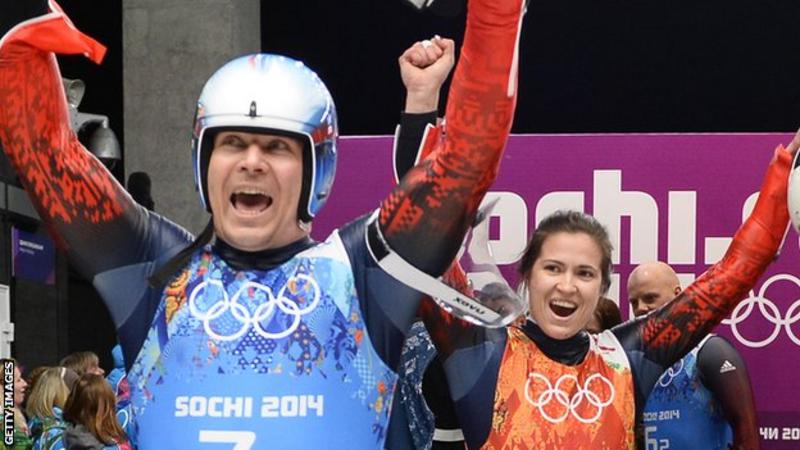 Eleven Russian athletes have been banned from the Olympics for life after committing doping offences at the 2014 Sochi Winter Games.

Silver medal-winning lugers Tatyana Ivanova and Albert Demchenko are among those to have been disqualified.

The others include bobsledders, speed skaters and ice hockey players.

The bans come as a result of the International Olympic Committee's (IOC) investigations into the country's doping scandal.

The IOC announced the first Russian bans, based on the findings of the 2016 McLaren report, on 1 November.

"To date, the number of cases opened by the [IOC] disciplinary commission [for Sochi 2014] has reached 46 after additional findings from the re-analyses," the IOC said.

"All 46 of them have been handled, of which three have been filed. As some investigations are still ongoing [notably the forensic analysis of the bottles], it cannot be excluded that there might be new elements that would justify opening further new cases and holding more hearings."

The 11 athletes banned on 22 December:

How to survive a missile attack: What’s the official advice?