Warning: Use of undefined constant ‘WP_AUTO_UPDATE_CORE’ - assumed '‘WP_AUTO_UPDATE_CORE’' (this will throw an Error in a future version of PHP) in /home/customer/www/mamostv.tv/public_html/wp-config.php on line 104
 Sudanese President al-Bashir Sacks Foreign Minister | POLITICS | Mamos Media LTD 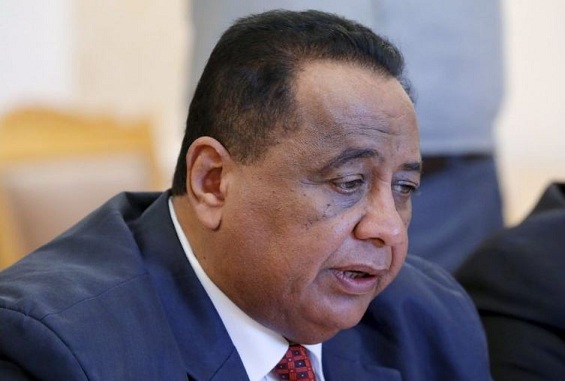 Sudanese President Omar al-Bashir has sacked the country’s Foreign Minister Ibrahim Ghandour after he made allegedly made comments regarding unpaid salaries of Sudan’s diplomats abroad.

In a speech to lawmakers on Wednesday, Ghandour, who negotiated the lifting of decades-old sanctions with Washington in October 2017, said his ministry had also been unable to pay rents for several Sudanese diplomatic missions due to a government cash shortfall.

Sudan has been facing financial difficulties amid an acute shortage of hard foreign currency that has seen the east African country’s economic crisis worsen.

“For months Sudanese diplomats have not received salaries and there is also a delay in paying rent for diplomatic missions,” Ghandour told lawmakers.

He however did not disclose the missions that had faltered in their payments.

“The situation has now turned dangerous, which is why I am talking about it publicly,” he said.

Ghandour said there was a feeling among some government officials that paying wages to diplomats and rent for diplomatic missions were not a priority.

“Some ambassadors and diplomats want to return to Khartoum now… because of the difficulties faced by them and their families,” he said.

Sudan has been hit hard by an acute shortage of foreign currency that has seen the pound plunging against the dollar, forcing the central bank to devalue it twice since January.

Expectations of a quick economic revival are however high after Washington lifted the trade embargo it imposed on Khartoum in 1997.