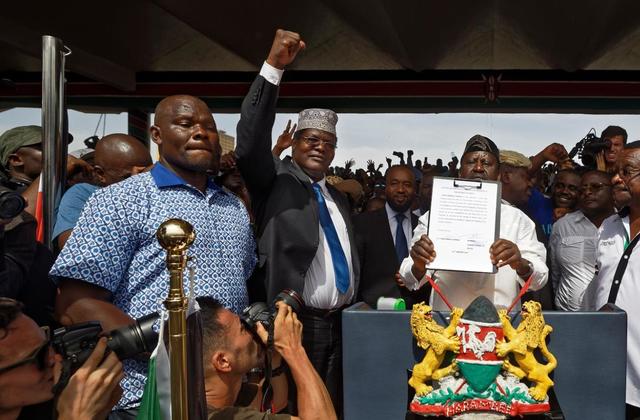 Kenya’s interior minister, chiefs of police and immigration have been found guilty of contempt on Wednesday for detaining deported opposition politician Miguna Miguna who had returned to the country on Tuesday following a court order.

“State officers cannot continue to act in contempt, going on with their own businesses while cat-walking on court’s orders” he was quoted by local media Daily Nation.

The conviction follows the detention of opposition politician and lawyer Miguna Miguna whom the court had ordered to return to the country from Canada where he was deported to in February by the government.

He was detained at the Jomo Kenyatta International Airport upon his return on Monday and was not sent to the court as ordered. Lawyers of the opposition National Super Alliance filed a case in court requesting the arrest and conviction of the security heads.

“The court should bite those disobeying court orders harder,” James Orengo, a senator and lawyer for Miguna, is reported by Reuters to have told the court.

Miguna Miguna was deported to Canada in February after spending three days in detention following his arrest and charges of “being present and consenting to the administration of an oath to commit a capital offence, namely treason”.

His arrest followed the swearing-in of opposition leader Raila Odinga as the “people’s president” which was described by the government as treasonous. The members of the National Super Alliance (NASA) party who were present at the event including Miguna had their passports confiscated.

Your online identity sells for exactly $1,170 on the dark web — here’s how to block the sale