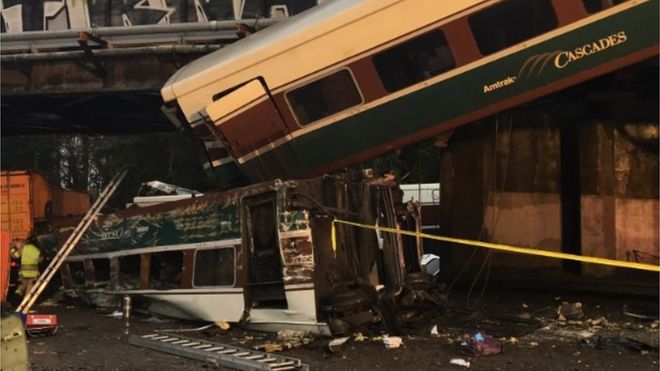 Two train carriages have plummeted on to a motorway in Washington state, causing a number of fatalities, police say.

The train derailed and the carriages fell on to the I-5 highway below.

Images from the scene show emergency services treating people on the ground. Amtrak confirmed there had been injuries.

Several cars on the highway were struck by the derailed carriages, the Pierce County Sheriff's department says.

Sheriff department spokesman Ed Troyer has told local media that there are fatalities and people still trapped on the train.

Among motorists caught up in the incident there were a number of people injured but no one killed, the department said.

Local news stations report that this was the inaugural run of the new high-speed rail line.

Are you in Washington? Did you witness the train crash? If it's safe to share your experiences then please email info@mamostv.vcom

Please include a contact number if you are willing to speak to a BBC journalist. You can also contact us in the following ways: 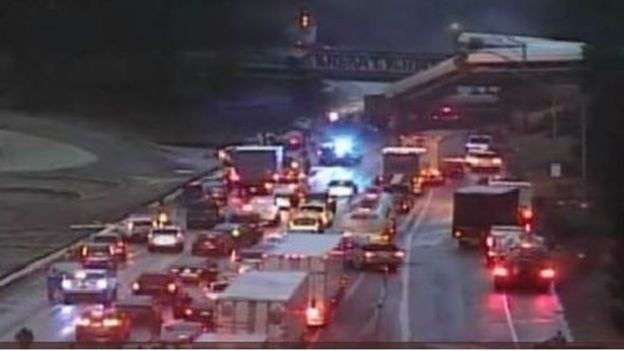