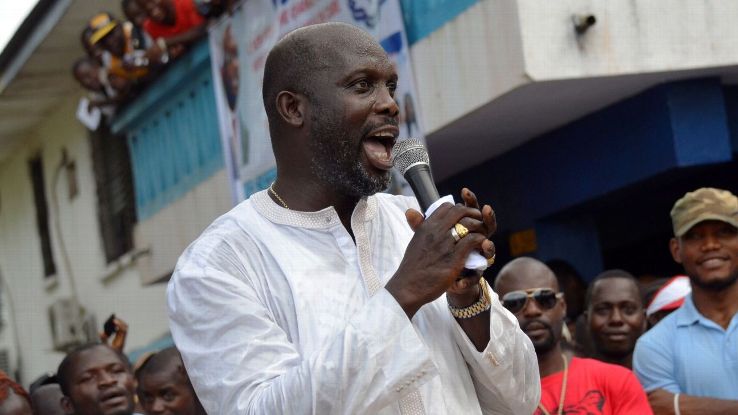 Soccer star George Weah and Vice-President Joseph Boakai both signaled they were heading for victory in Liberia’s presidential elections, as they waited for early results on Thursday.
The parties behind three other candidates alleged fraud and vowed to contest the results. But international observers said they had seen no major problems in Tuesday’s poll, a vote meant to bring in the West African country’s first democratic transfer of power in more than seven decades.

An official from Weah’s CDC party, Mulbah Morlu, broadcast an invitation on local radio to a “pre-victory celebration” outside the group’s headquarters. The former star striker for Paris Saint-Germain and Milan came second to outgoing President Ellen Johnson Sirleaf in 2005.

Boakai’s campaign manager, Mohammed Ali, told Reuters reports from across the country suggested the vice president was heading for a send-round run-off against Weah early next month.

Observers from the European Union and the US-based Carter Centre and National Democratic Institute (NDI) said they had not identified any major issues with the voting or subsequent counting.

“The overall conduct of the voting was generally assessed as either good or very good,” the EU mission said in a statement. Two smaller parties alleged irregularities on Thursday, joining the Liberty Party – whose candidate Charles Brumskine called for a halt in announcing the result a day earlier.
“Every possible electoral fraud has been committed by the Unity Party,” said All Liberian Party candidate Benoni Urey, referring to Boakai’s ruling group.

Urey and the Movement for Democracy and Reconstruction, represented by former rebel leader Prince Johnson, alleged that extra ballots were printed in advance and marked with votes for Boakai.
Unity Party’s Ali declined to respond to those accusations. Representatives for the electoral commission could not be immediately reached for comment before the expected announcement of provisional results at 5pm.

None of the parties provided evidence of cheating. Earlier in the day, Johnson Sirleaf, who became Africa’s first elected female president when she won a surprise victory in 2005 following a post-war transition, hailed the election as historic.

“We believe that all Liberians are ready for this process. I thank them for participating in this process,” she told reporters.
Liberia, Africa’s oldest modern republic, was founded by freed US slaves in 1847 but its last democratic power transfer occurred in 1944. Culled from The Standard Newspaper.