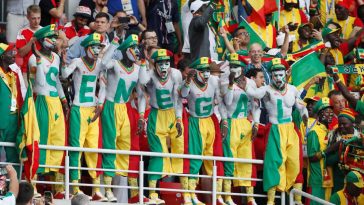 After their match against Poland, Senegal’s supporters stayed behind to clean the stands. They took care to pick up the garbage they had dropped.

The Lions of Teranga won their match thanks to Thiago Cionek’s goal against his side and Mbaye Niang’s goal.

While the Polish fans left the stadium disappointed by their defeat, those of Senegal made a conscientious effort to clean the stands.

Their gesture has been hailed by Internet users who say it is a good example that other nations should follow.

Some took the opportunity to taunt Nigeria: “If this will give the victory, the Super Eagles should clean the entire stadium before their match. “

However, Senegalese are not the only ones to have done the same thing. Japanese fans also cleared the stands after their 2-1 win over Colombia.

Japanese culture forbids fans to leave garbage in the stands after a sporting event.

Thanks to their victory, Senegal joined Japan at the top of Group H. The two countries will face each other on June 24th.

Source culled from How Africa.