Senegal's World Cup exit on Thursday means Africa has suffered its worst World Cup display for 36 years, with no side from the continent in the knockout stage for the first time since 1982.

Going into the tournament, there were high hopes Africa could build on its display in Brazil in 2014 when two teams – Nigeria and Algeria – reached the second round for the first time. 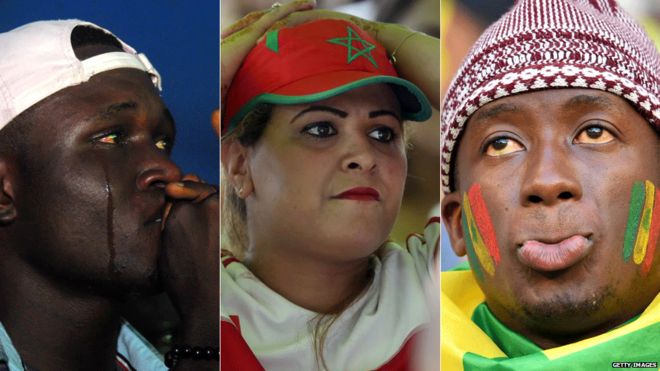 Instead, a continent will be wondering where it went wrong as its 15 games resulted in 10 defeats, two draws and just three wins.

So what is to blame: bad luck, VAR, or a lack of flair?

However you look at it, Mohamed Salah dominated Egypt's campaign – ultimately scoring seven, and assisting two, of the 10 goals they scored both in qualifying and in Russia. 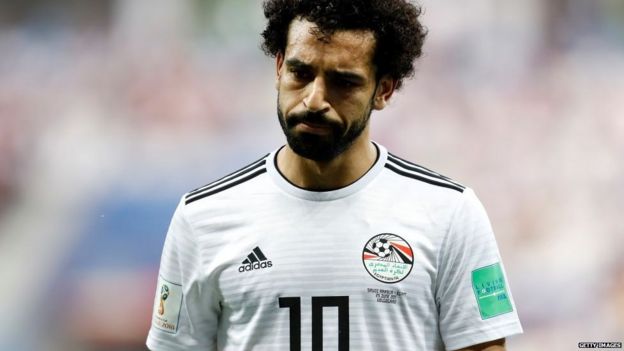 It was painfully obvious to the fans how much he would be missed when a shoulder injury sustained in the Champions League final ruled him out of the first game against Uruguay.

In his absence, forward Marwan Mohsen – one goal in 23 internationals – looked an inadequate replacement.

Even if Salah had been fully fit it is questionable how far the Pharaohs – at their first World Cup in 28 years – would have gone because of costly defensive errors.

This is not what you would expect of a team coached by the defensive pragmatist Hector Cuper, but too often they erred – with Ali Gabr and Ahmed Hegazi's central partnership often suspect.

But the team that has long dominated African football (with seven continental crowns) ultimately disappointed, never more so than in their final last-gasp defeat by Saudi Arabia.

That was the first time they had been in front in a World Cup match, but after 84 years of trying they are still searching for their first win.

Morocco's World Cup campaign was undone in the worst possible fashion – conceding a calamitous own goal in stoppage time of their opening game to gift Iran a 1-0 win.

Coach Herve Renard had called this match his team's "World Cup final", hardly surprising given that Portugal and Spain lay next, and his pained face after the match encapsulated his immense regret. 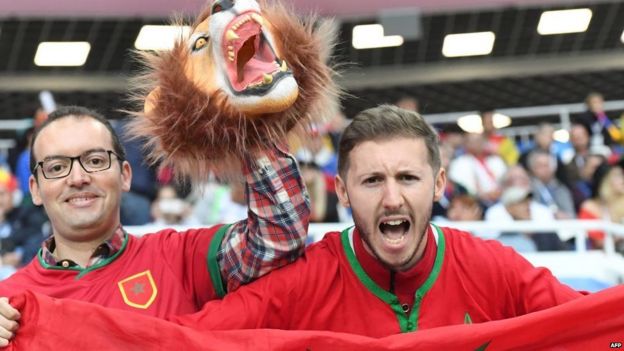 From then on though, Morocco hugely impressed.

They fell behind early to European champions Portugal in their next game but after that, it was largely one-way traffic, with the North Africans impressing with their passing, fluidity and constant attacking drive.

Like nearly all African teams in Russia, they were undone by the lack of a reliable goalscorer and, when chances did come Morocco's way, they either fell to the wrong people (defender Mehdi Benatia twice guilty) or they were thwarted by top goalkeeping (Rui Patricio denying Younes Belhanda).

In their final game, the Atlas Lions continued to impress and were seconds away from inflicting Spain's first defeat in 23 games only for the 2010 world champions to draw 2-2 after yet another stoppage-time goal against an African team.

Given that Spain boasted seven players from Real Madrid and Barcelona, with the rest from European heavyweights Manchester City, Manchester United, Bayern Munich and Atletico Madrid, this was a match that showed Morocco in the best possible light.

"They are an excellent team who had lost two matches 1-0 while deserving much more," said Spain coach Fernando Hierro afterwards.

It is hard to disagree.

Nigeria – a team for the future

Nigeria's last-gasp loss to Argentina may have attracted much criticism back home, with plenty wondering why the defence wasn't bolstered in the closing stages, but the Super Eagles' Russian campaign was ultimately packed with positives.

Despite being placed in the traditional "Group of Death", the youngest squad in the tournament – featuring 18 players who had never played at a World Cup before – were just four minutes away from qualifying for the knockout rounds. 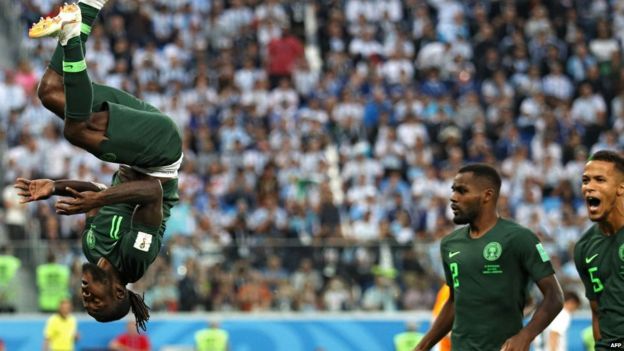 This was not a Nigeria team blessed with the talents or physical power of the magnificent side in the 1990s, but it made up for that with a solidity and team spirit not often seen in Super Eagles squads.

"I think the future is for Nigeria because there is a big solidarity – you saw in the difficult moments how great the spirit in the team is," coach Gernot Rohr told BBC Sport.

The German lamented the slow starts to every game for his side in Russia, with Nigeria failing to trouble their opponents in every first half.

It is worth noting that unlike previous campaigns, this one went smoothly for Nigeria with next-to-no reports of administrative chaos and with bonuses sorted out months in advance.

That bodes well for the future, as does the vast experience the team will have gained from their Russia campaign.

Tunisia were simply not good enough to progress from a difficult group featuring both Belgium and England, and that is an admission made by the coach himself.

"We are far from the required level," former international Nabil Maaloul said, with captain Wahbi Khazri also venturing that his side found the level against both top-drawer European opponents to be "too high, too elevated". 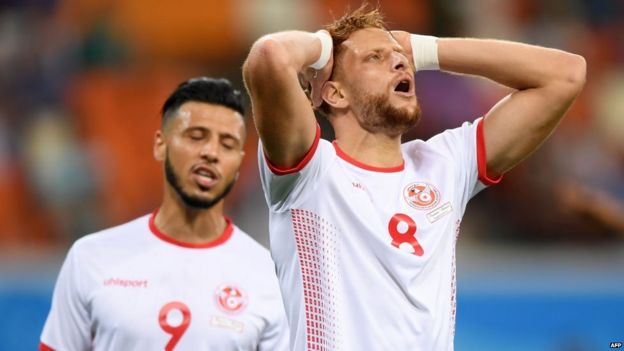 The Carthage Eagles only lost their opening game to England in stoppage time, as an African team once again suffered at the hands of both set-pieces and late goals, but they also created precious little.

There can be no doubt that a team shorn of top talents badly missed their star man – injured playmaker Youssef Msakni – but his impact may well have been limited as Belgium's 5-2 destruction of the Carthage Eagles proved.

Nonetheless, Tunisia leave the competition as Africa's top scorers – with five goals from three games – and a sense of satisfaction.

Despite trailing against Panama, the North Africans fought back to 2-1 and so secure their first win in the competition since 1978 – a year when they became the first African team to win a World Cup game.

After four straight defeats for Africa at the start of the competition, Senegal became the continent's great hopes after winning their first game – and the continent's – against a poor Poland.

The 2-2 draw with Japan in their next game may have entertained the fans but having twice let go of the lead, it opened the door for a potential slip-up against Colombia – and how damaging that proved.

Senegal lost out after receiving more yellow cards than the Japanese – six to four – with two of the West Africans' yellows coming in the final seconds of their clash with the Asian side. 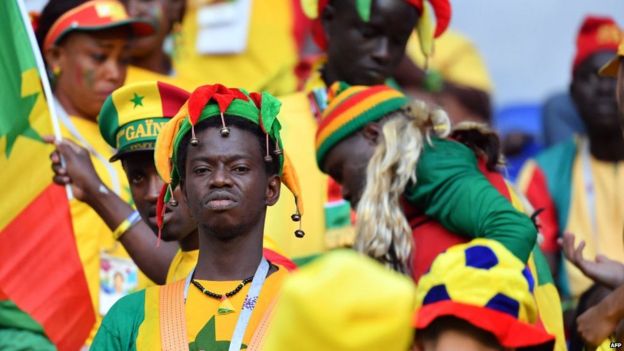 While many Senegalese have lamented the new Fifa ruling which eliminated them from the competition on their inferior disciplinary record, coach Aliou Cisse refused to do so – saying simply his side "didn't deserve" to make the second round.

As with Egypt and Salah, plenty of hope was placed on Sadio Mane but he struggled to make an impact in the games – seldom getting in behind opposing defences and often straitjacketed by tactical demands that seemed to limit his ability to roam free, certainly in the first two games.

Senegal were another African team which lacked midfield creativity but they impressed at the other end, where Kalidou Koulibaly and Salif Sane formed a fine and imposing central partnership.

The Senegalese defeat by Colombia was their first in a World Cup group game but they exit the competition with Africa's strongest record at the finals – with three wins and just two defeats from their eight games so far.

Did Africa lose to VAR?

A lot is being written and said about the impact of the newly introduced video assistant referee (VAR) in the tournament and there is no surprise that opinion is divided. 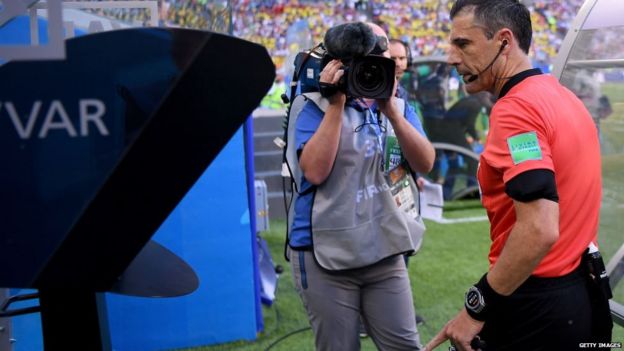 Nigerians have argued that VAR decisions went against them, saying Argentina's Marcos Rojo should have been penalised when heading the ball onto his own hand in St Petersburg – especially since Iran had been awarded a penalty in very similar circumstances on Monday.

However, while that latter decision seemed wrong, the referee in the Nigeria-Argentina match got his decision right.

Elsewhere, Morocco's Nordin Amrabat left no-one in any doubt as to his views on VAR following Spain's late equaliser in their 2-2 draw but once again it was the right decision, as was the penalty awarded against Egypt for Saudi Arabia.

In both Egypt's – and Africa's – favour was the decision to award Mohamed Salah a penalty, which he converted, against host nation Russia.

And African fans should not be too despondent as the continent's referees – who have performed well in Russia so far – are still here, meaning at least some Africans might make it to the World Cup's latter stages.